Acid reflux & how to prevent it 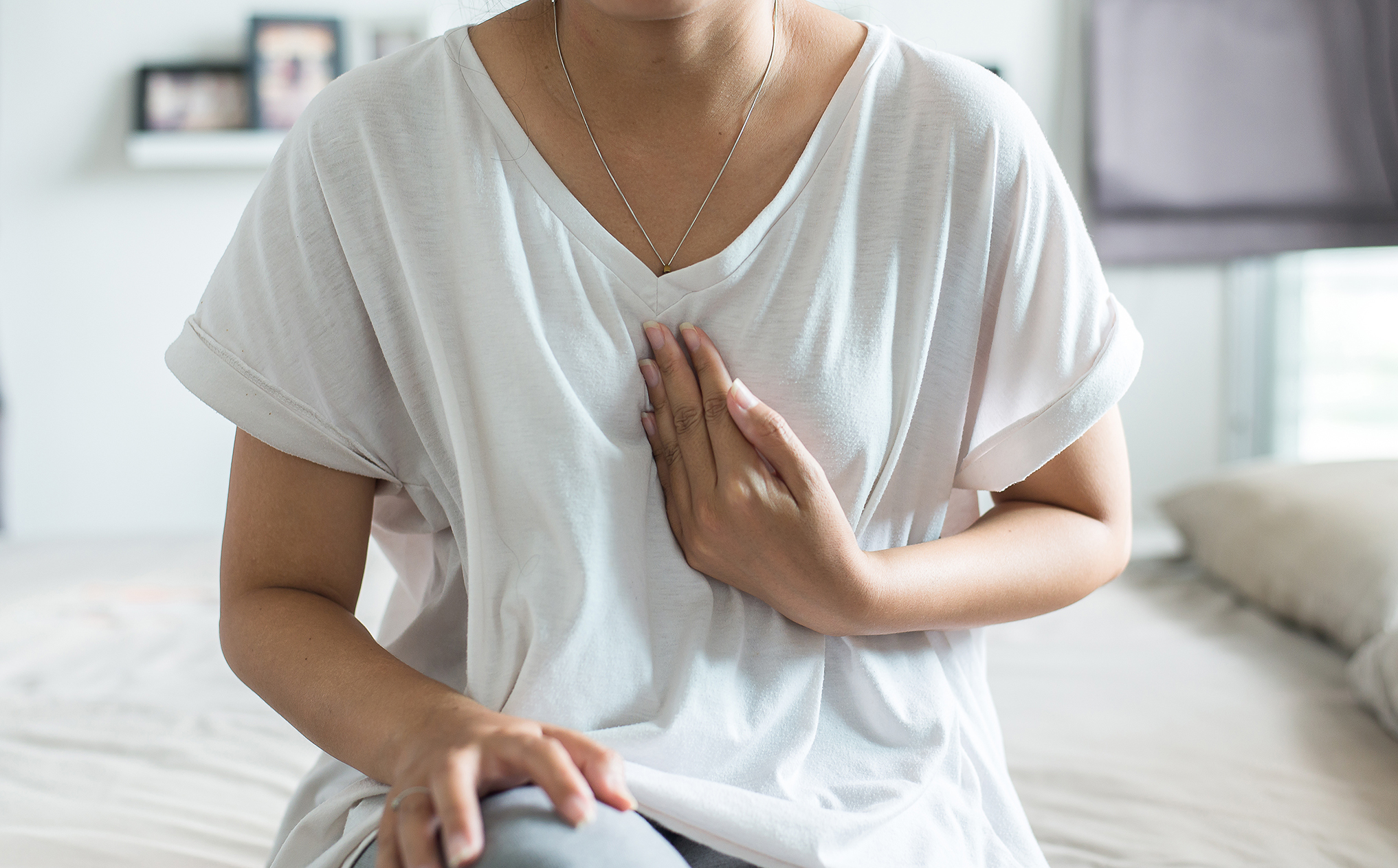 For most of us, acid reflux is a once-in-a-while thing. We eat a large, greasy meal at our favorite fast food restaurant or drink a bit too much alcohol at a party, and there it is: the nasty feeling creeping up our throat. It feels like as if the food or liquid that went all the way down into the stomach is trying to come all the way back up. And that's more or less what happens. Lucky for us, antacids or grandmothers home remedies bring instant relief  no need to see a doctor.

For some people, though, acid reflux constitutes a constant struggle. Whatever they eat or drink - heartburn will follow. It's not only annoying and painful, it is also associated with severe health complications, not to mention devastating effects on the quality of life. If left untreated, acid reflux can cause serious inflammation and tissue damage of the esophagus and can even progress to esophageal cancer  the fastest growing cancer in Europe since the mid-1970s.

So, what exactly are the causes of acid reflux and what can we do to prevent it from progressing to a more severe disorder?

As already mentioned, acid reflux occurs when the highly acidic stomach acid flows backwards up into the esophagus. Normally, the sphincter muscle at the lower end of the esophagus closes as soon as food passes through and thereby prevents the stomach content from moving back up. But in certain cases, this mechanism is constrained.

Common triggers of acid reflux are alcohol, spices, coffee, and carbonated drinks but also harmless foods like raw onions, tomatoes and garlic. Certain substances found in these foods or beverages can decrease the tone of the valve that separates the esophagus from the stomach, which prolongs the amount of time that food spends in the gut. The stomach in turn will produce an excess of gastric acid which increases the likelihood of acid reflux accompanied by symptoms like heartburn, abdominal pain, indigestion and sour taste in the mouth. The same happens when we fill up our stomach with fatty foods. They are digested slowly so they will spend more time hanging out in the stomach, leading to an increase in gastric acid production.

What many people are not aware of is that not all triggers for acid reflux are found on their plates. Even smoking  or just inhaling cigarette smoke  can lead to increased acid production by generating the same responses in the stomach. Other risk factors for chronic acid reflux include older age, excessive body weight as well as depression and little physical activity. 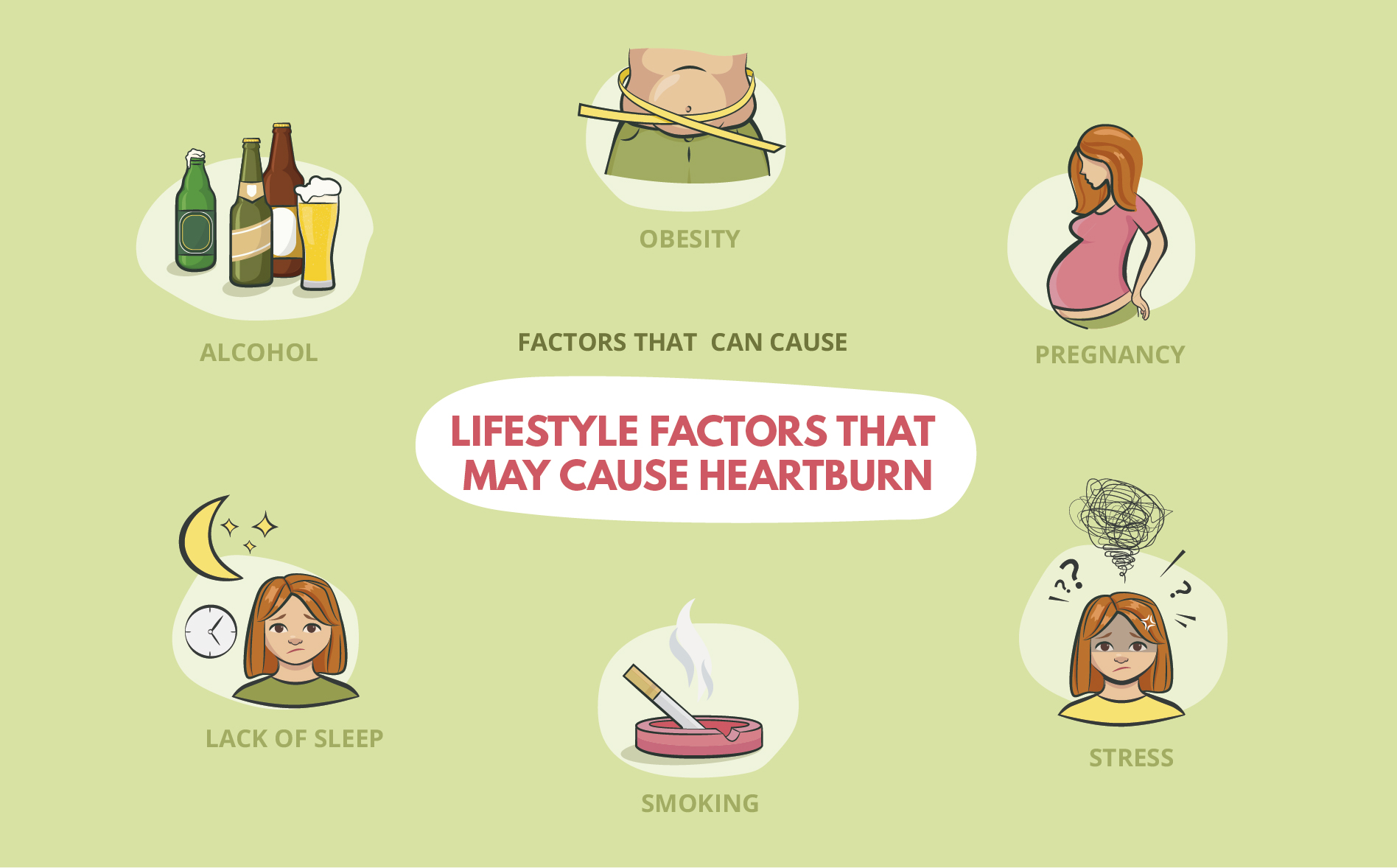 Frequently occurring acid reflux can quickly turn into a pathological disorder known as gastroesophageal reflux disease (GERD). The repeated backwash of acid irritates the lining of the esophagus, leading to chronic inflammation. Over time, this can trigger the formation of scar tissue and esophageal ulcers, as the protective mucus layer in the esophagus slowly wears down. These changes are also associated with an increased risk of esophageal cancer.

In terms of symptoms, GERD is not all black and white. The classic and most common symptom of GERD is heartburn. Some patients may also experience atypical symptoms such as a cough, asthma, laryngitis, and other patients with GERD experience no symptoms at all.

GERD affects millions of people worldwide. It is estimated that 9% to 26% of the population in Europe suffer from GERD [1]. In some cases, treating GERD requires strong medications but most people can also manage the discomfort of GERD with a lifetime commitment to lifestyle changes.

As we are talking about a gastric problem, of course we have to talk about eating habits when it comes to handling acid reflux. Here are a couple of prominent tips that may prevent and relieve the symptoms of gastric reflux:

A Little Help from Nature: Our Reflu-X Complex

We recently developed a product that can offer additional help to manage acid reflux. While looking for suitable ingredients we stumbled across Mucosave®, a new and sustainable raw material from Italy that has already been evaluated in clinical trials. Mucosave® is a unique blend of polysaccharide-rich prickly pear cactus and biophenols-rich olive leaf extracts, specifically created to counteract the main symptoms associated with gastroesophageal reflux by forming a protective layer on the gastric mucosa.

We also added sodium alginate derived from seaweed. The alginate binds the acid to produce a raft on the stomach content that acts as a physical barrier to reflux. Last but not least, our product also contains extracts from chamomile and mallow flowers, which are both well-known for their soothing effect on the digestive tract. Overall, with our Reflu-X Complex we created a completely natural, well-rounded alternative to antacids and other over-the-counter reflux medications. 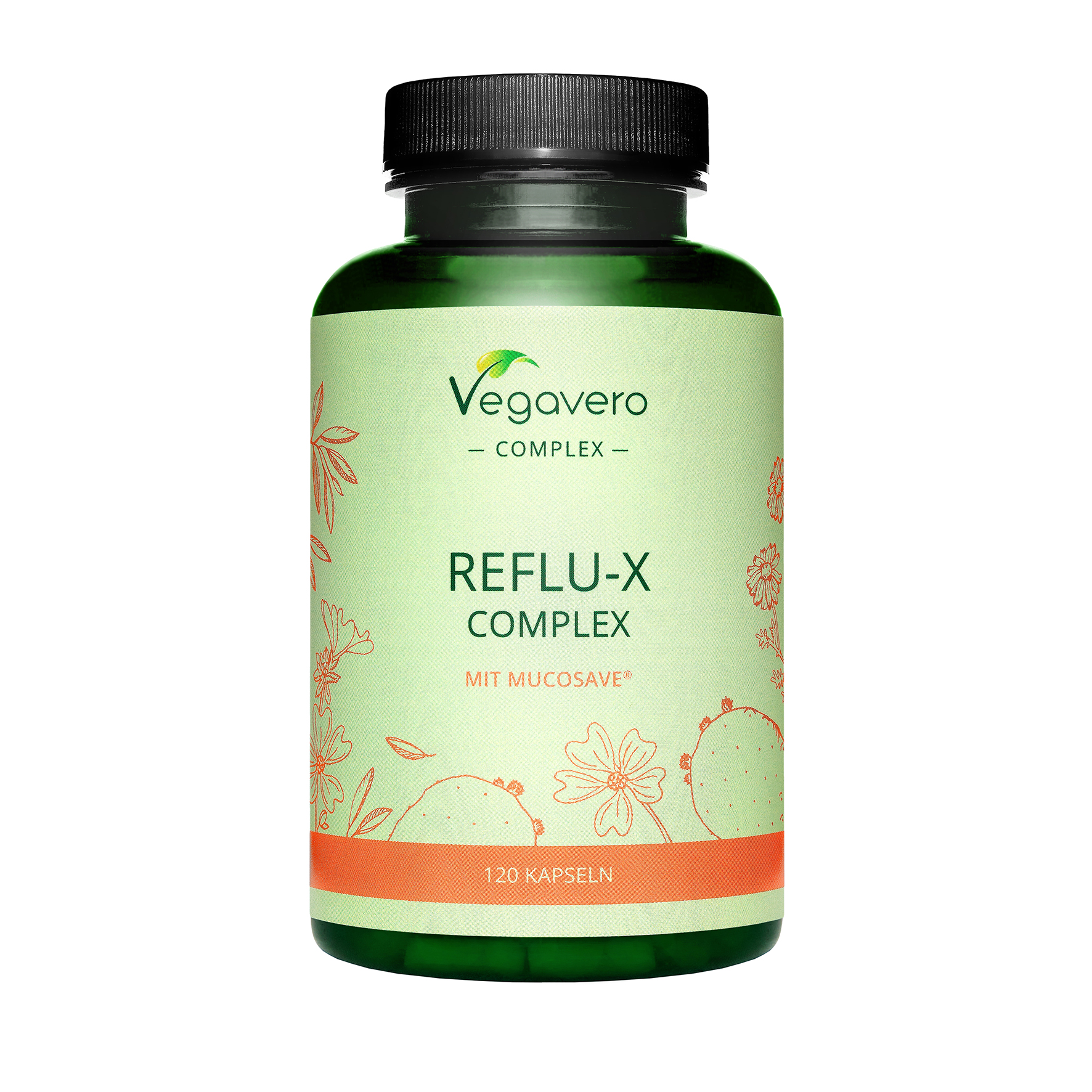