Bye, bye, fatigue? - Why not all caffeine is created equally 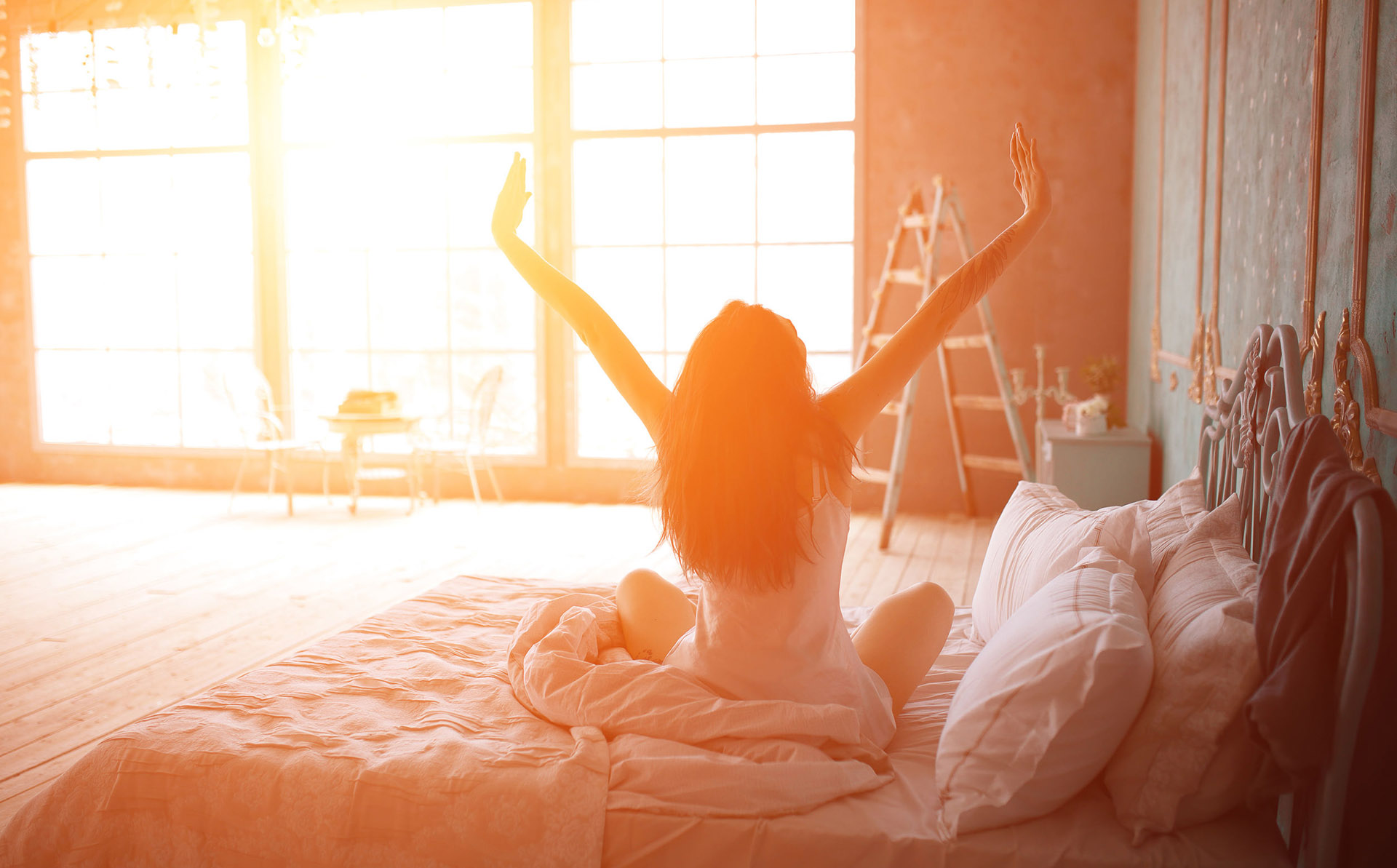 Long before there were energy drinks, caffeine tablets and food supplements with energising ingredients, our ancestors knew about the stimulating and strengthening effects of some plant species such as cocoa, mate and guarana. The common feature is a biochemical substance called 1,3,7-trimethyl-2,6-purindione - better known as caffeine. In the plant it performs the function of an insecticide, as it stuns or kills insects that nibble the leaves of the plant. But one man´s pain is another man´s pleasure: while this phytochemical means the end of the world for an insect, caffeine gives many of us life and is the reason we are able to start the day feeling awake.

Why does caffeine wake us up?

Caffeine affects the central nervous system, which is why it is also referred to as a psychoactive substance. It has a similar chemical structure as the chemical messenger adenosine. When adenosine is released, it signals fatigue to the body by docking to certain receptors in the brain. Adenosine also inhibits the release of dopamine and norepinephrine (noradrenaline), which have stimulating effects. As caffeine docks to the adenosine receptors, adenosine can no longer bind to them, the feeling of tiredness decreases, and dopamine and norepinephrine can exert their stimulating effect. [1]

In addition, caffeine raises our pulse and blood pressure, stimulates intestinal peristalsis, and leads to bronchial dilatation. All in all, caffeine makes you feel awake, mentally focused, and concentrated. [2]

We owe the discovery of caffeine to none other than Johann Wolfgang von Goethe, the famous German poet. He suggested to analyse the composition of coffee beans because he suspected they contained an antidote to atropine. Although this could not be confirmed, the German chemist Friedlieb Ferdinand Runge succeeded in isolating caffeine from the beans in 1819. The secret of the stimulating effect of the popular beverage coffee was thus revealed.

In addition to coffee, there are of course other caffeine-providing drinks and foods. The best known are green tea, which comes from China and is the second most popular drink in the world after water; maté tea, which has its origins in South America and was already used by the indigenous peoples; and guarana, whose seeds are now commonly used to produce energy drinks or powders for food supplements. Chocolate also contains small amounts of caffeine and was sold in pharmacies as a tonic until the early 19th century.

Nevertheless, coffee is the most popular beverage worldwide when it comes to caffeine intake  even if that´s not the case for the UK, where tea consumption outnumbers coffee consumption by over 2 to 1!

Not all caffeine is created equally

Although caffeine has a stimulating effect in our body no matter what source it comes from, not all caffeine is the same: in coffee beans it is bound in a chlorogenic acid-potassium complex and is released as soon as it comes into contact with stomach acid. This leads to a rapid, but short-term effect. On the other hand, green tea and guarana contain caffeine bound to specific phytochemicals called polyphenols. As a result, the release takes place a bit later  in the intestine, to be precise - but the energizing effect also generally lasts much longer. In fact, the stimulating effect of guarana lasts - depending on the amount ingested - up to six hours! 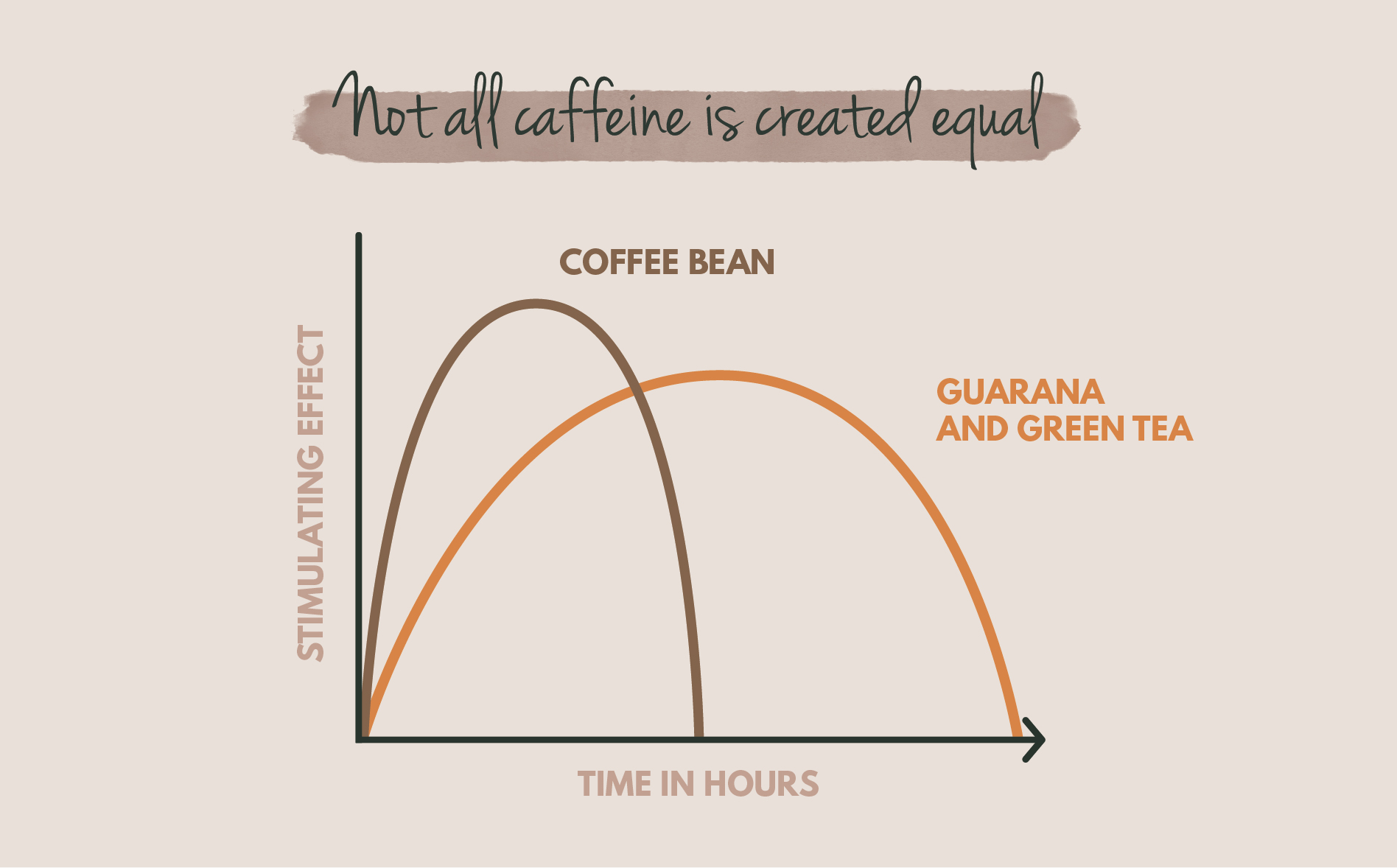 A total of over 60 different plants are known to contain caffeine.

We asked ourselves "Why resort to synthetic caffeine or sugar-rich energy drinks when you can choose a natural alternative?" and so developed our Energy Bio Complex: Our new product contains a combination of different caffeine-providing plants as well as natural vitamin B12 from shiitake mushroom.

So, what exactly did we put in our product?

Whether to start the day wide awake, to overcome the midday slump or to fight through a night of preparing for an exam: Caffeine gives us the energy boost we sometimes need. However, it is not only the amount that is important, but also the source of caffeine. In order to avoid added sugars and artificial additives and still benefit from the invigorating effect of caffeine, our Bio Energy Complex is the ideal alternative to coffee and energy drinks.

When feeling fatigued, unfocused, or stressed, people often resort to coffee or energy drinks. However, these beverages are usually loaded with sugar or can cause acid reflux. We offer a clean, completely plant-based and better tolerable alternative.