Easing stress  How we can support out four legged friends to relax! 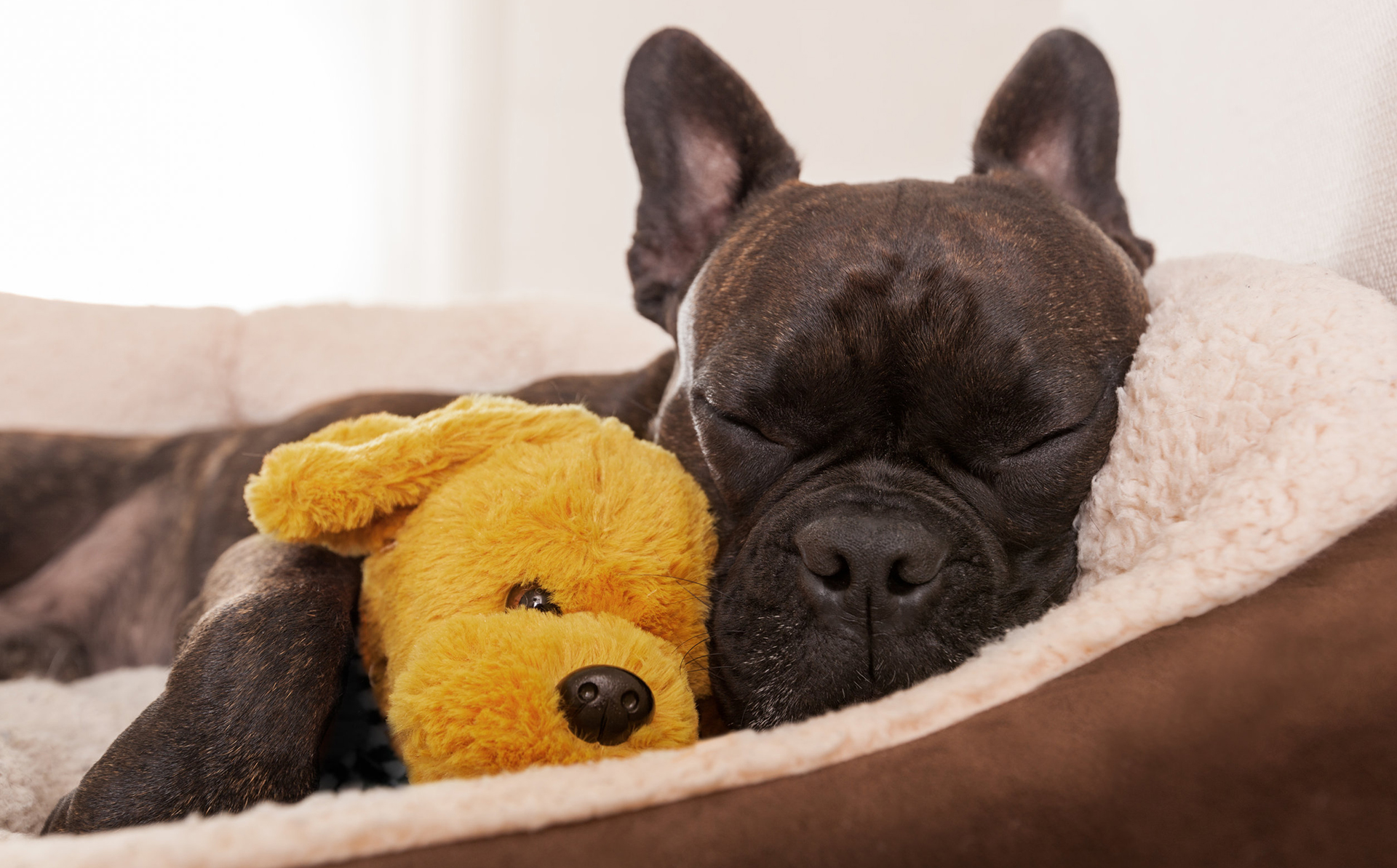 Over-excitedness, irritability, nervousness, or even aggression towards humans or other dogs: stress can manifest itself in many ways for dogs. As with humans, animals can also suffer and develop mental and physical illnesses as a result of being exposed to long-term negative stress. Many stressors can be identified quickly, but there are also those that are less obvious. However, by following these tips, you should be able to reduce the chances of stress:

With many dog breeds, the assumption is that they need a high level of exercise. While regular exercise is important, too much of it may have a negative impact on our four-legged friends. Stress hormones such as adrenaline or cortisol are only broken down throughout the day  namely during rest periods. Sufficient sleep is also a key to keeping your dog relaxed. Dogs can need up to 18 and 20 hours of sleep per day, of which around 4 to 5 hours is so-called deep sleep. So, when there is a lot of hustle and bustle, your dog is unable to rest. Puppies and young dogs are particularly at risk, as they cannot yet judge when they need to rest or go and relax. As such, puppies can quite often get over-excited and are then unable to calm down. So, it is good to plan rest periods throughout the day, for example after exercise. This coincides well with our next tip, that the animal has its own space. [1]

The dogs own space to relax is just as individual as the dog itself. Some dogs prefer soft pads, others relax best on bare stone, or on a blanket. Dog crates are also popular with some dogs. It is important for all resting areas that they avoid external disturbances. As such, it is better to avoid passageways or particularly noisy places. It is also good that your dog has several options, that can cover different needs. [1]

Youre less alone in a Pack

If an owner is not at home during the day, it is often assumed that this leaves the animal lots of time to relax. While this is true for a lot of dogs, some animals can find it immensely stressful being without their owner, because dogs are pack animals. As such, being alone can become an ordeal [1]. In the worst case, a dog can begin to attack things (such as furniture) to relieve anxiety. To prevent this, training can be done when the dog is a puppy, to help them get used to being alone. However, if these problems persist, it is best to seek help from experienced dog trainers. [2]

Cuddles help the Dog and the Owner to Relax

Intimate physical contact between dog and owner releases oxytocin for the pair of them - a hormone that strengthens the bond between animal and human, has an anxiety-relieving effect and at the same time reduces stress. So, cuddling is absolutely allowed! Stroking and/ or massaging is mostly well received by dogs, but they will also show when they do not like certain touches. Some animals also just like to snuggle close to the owner. [1]

Thinking is also a Sport

Physical activity is an elementary part of everyday life for dogs. However, a two-hour walk is often not enough on its own to keep the dog busy. Concentration and sniffing exercises challenges dogs mentally and can also be easily integrated into daily walks. [2] For example, hiding treats in tall grass can be a great change of pace and keep dogs busy for a long time. Young dogs in particular can benefit from combining feeding with learning basic commands and tricks. But be careful  while nose work is exciting for dogs, it can also be strenuous. With more experience, tracking exercises can be used, where the dog must follow certain scents and need to find people or objects. [3]

There is a lot to consider when choosing dog food, as not all food was created equally. The dogs age, their intolerances, or illnesses, should all be considered when choosing food. In addition, a vet should be consulted to determine the right amount of food, adapted to each individual animal. Additives, such as attractants, can also have a negative effect on the animal's state of mind. Supplementary feeds with high-quality plant extracts of valerian, camomile or St. John's wort can be added to the feed to help the animal relax. 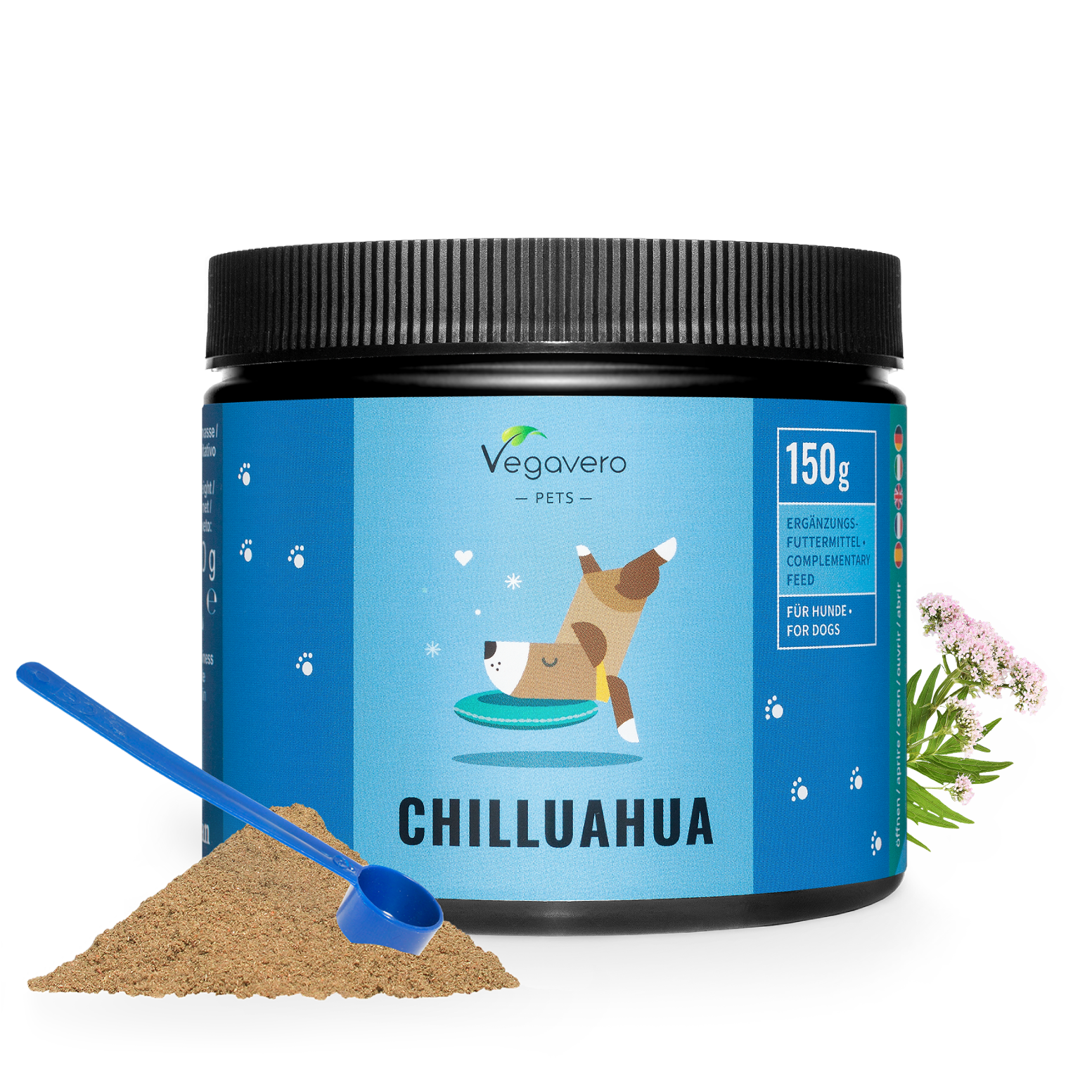