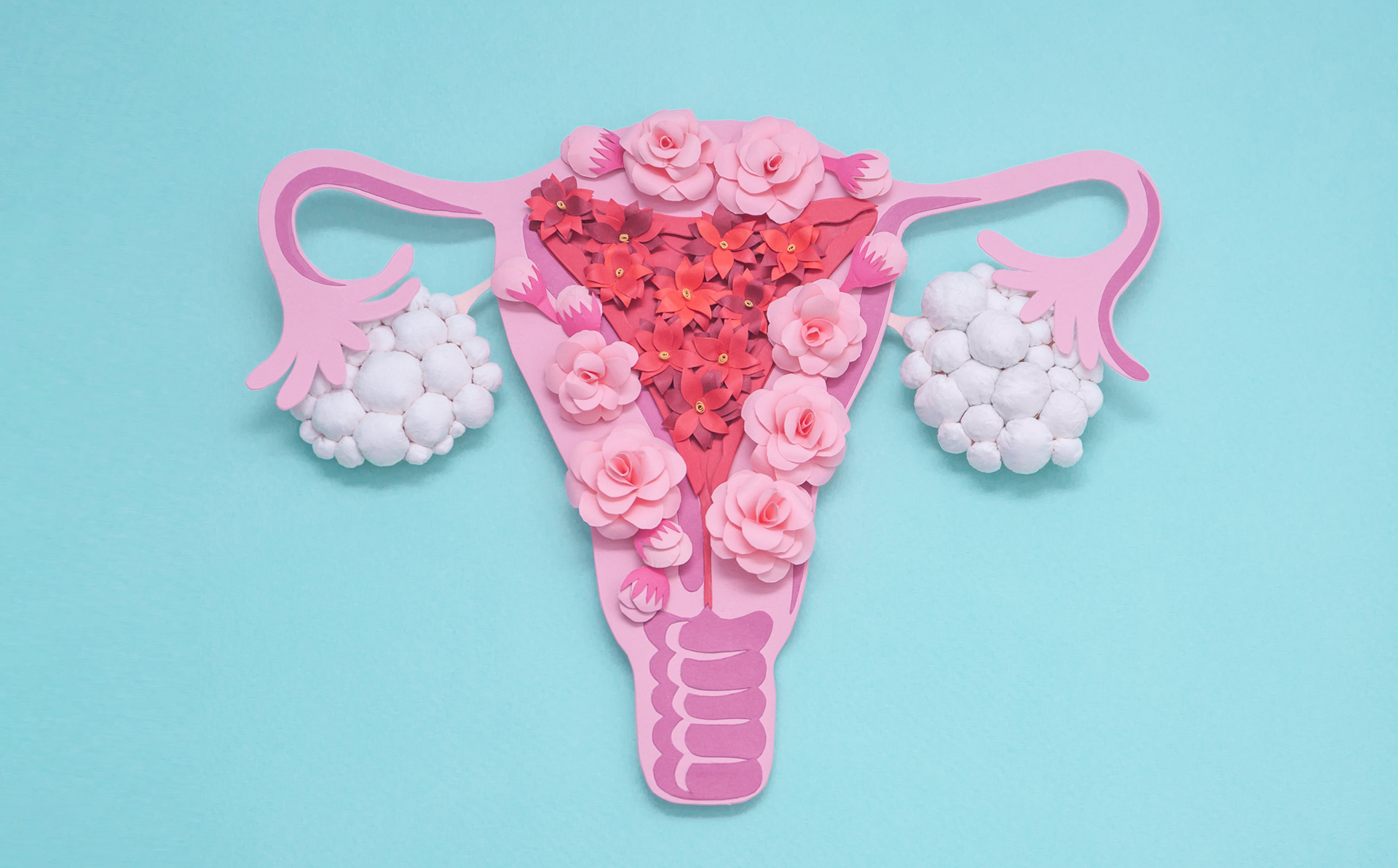 PCOS is when there is an overproduction of androgens, i.e., male sex hormones, such as testosterone. Due to the reduced amount of follicle-stimulating hormones, the maturation of egg follicles is disrupted. This can sometimes mean an excessive production of eggs, which is where the name polycystic ovary syndrome comes from. Symptoms can include increased amounts of body hair, or a more masculine looking body structure. Things such as mood swings, uncontrolled weight gain, absent or irregular menstruation (often with severe pain), acne, prolonged tiredness and a loss of libido have also been observed in women with PCOS. However, when and how severely these symptoms manifest themselves depends greatly on each individual. When diagnosing PCOS, illnesses with similar non-specific symptoms will first have to be ruled out. An ultrasound can provide more clarity, as PCOS will typically lead to having a number of cysts in the ovaries.

Mental illnesses, such as depression, often accompany PCOS. One reasoning for this can be hormonal fluctuations, however the physical changes or diagnosed u=infertility can also lead to stress for patients. Therefore, holistic treatment should always include therapy with a psychologist.

The cause of PCOS cannot yet be definitively explained. However, it is worth noting that between 50 and 70% of women diagnosed with PCOS are overweight or obese. This is often related to a higher insulin resistance  this means that the body requires more insulin, to metabolise blood sugar. A diabetic metabolism can aggravate the symptoms of PCOS  an increased insulin level in turn leads to a stimulation of the production of androgens, and thus to an increased concentration of male sex hormones in the blood.

At this point, PCOS is incurable. However, its symptoms can be alleviated with medication. Specialists should be consulted for the different symptoms, as the clinical picture can be varied and require specific treatment [1, 2].

The Use of Inositol for PCOS

Myo-inositol and D-Chiro-Inositol are involved in a variety of biochemical processes in human oocytes  including their maturation, fertilisation, implantation, and general further development. In numerous studies, the administration of myo-inositol and D-chiro-inositol improved insulin sensitivity of the test subjects, which led to a reduction in androgen production and thus to an increase in fertility rate [3]. Smaller pilot studies also examined healthy female subjects without PCOS who were given myo-inositol. The number of oocytes retrieved decreased, but there was a higher rate of embryo implantation after artificial insemination, which speaks overall for improved oocyte quality [4, 5].

PCOS and the desire to have children  does it help?

PCOS is one of the most common endocrine - i.e. hormonal - disorders in women who want to have children. In order to increase the chance of pregnancy in women with PCOS, the amount of follicle-stimulating hormones is increased through the targeted use of drugs and hormone preparations. The follicle-stimulating hormones are responsible for the maturation of the egg follicles. They ensure ovulation and thus the possible egg fertilisation. However, the use of such hormones also increases the probability of a multiple birth, which is why almost exclusively non-hormone-based drugs are now used. High-risk pregnancies and miscarriages tend to be more common in women with PCOS. The risk of gestational diabetes is also significantly higher. Regular consultations with a gynaecologist are therefore essential. If there is no desire to have children, ovulation inhibitors such as anti-androgenic contraceptives are used to stabilise the cycle and prevent permanent thickening of the uterine lining. The luteal hormone progestin in the pill ensures a reduction of male sex hormones in the blood. Lifestyle and dietary changes are important components of the therapy. Exercise and a healthy diet are used as supportive measures to keep the hormone balance in equilibrium [2]. 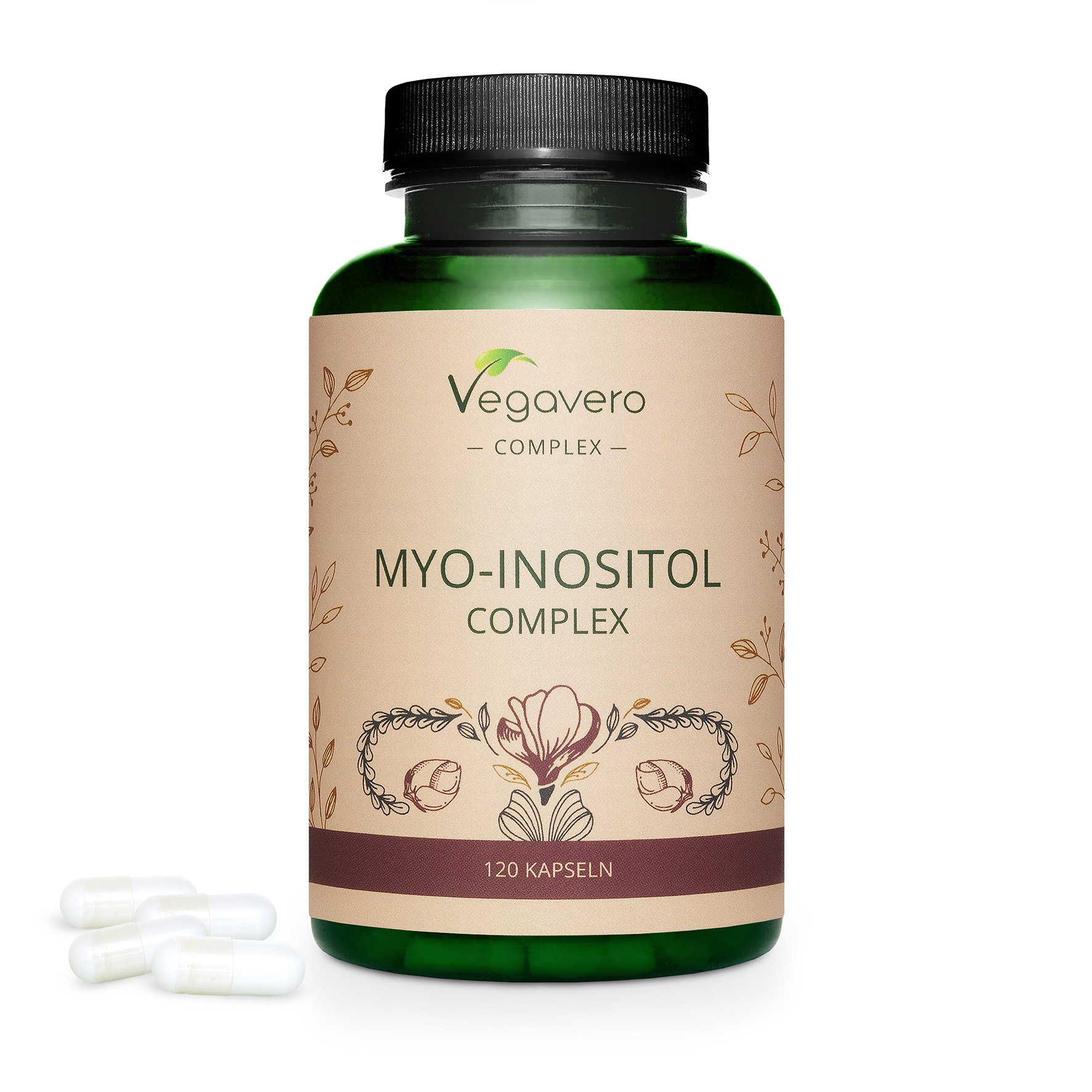 Unique supplement with Myo-Inositol, D-chiro-Inositol, Q10, resveratrol, vitamin B6, zinc and folic acid. Without additives and suitable for vegans.