Selenium: The Narrow Range Between Essential and Harmful 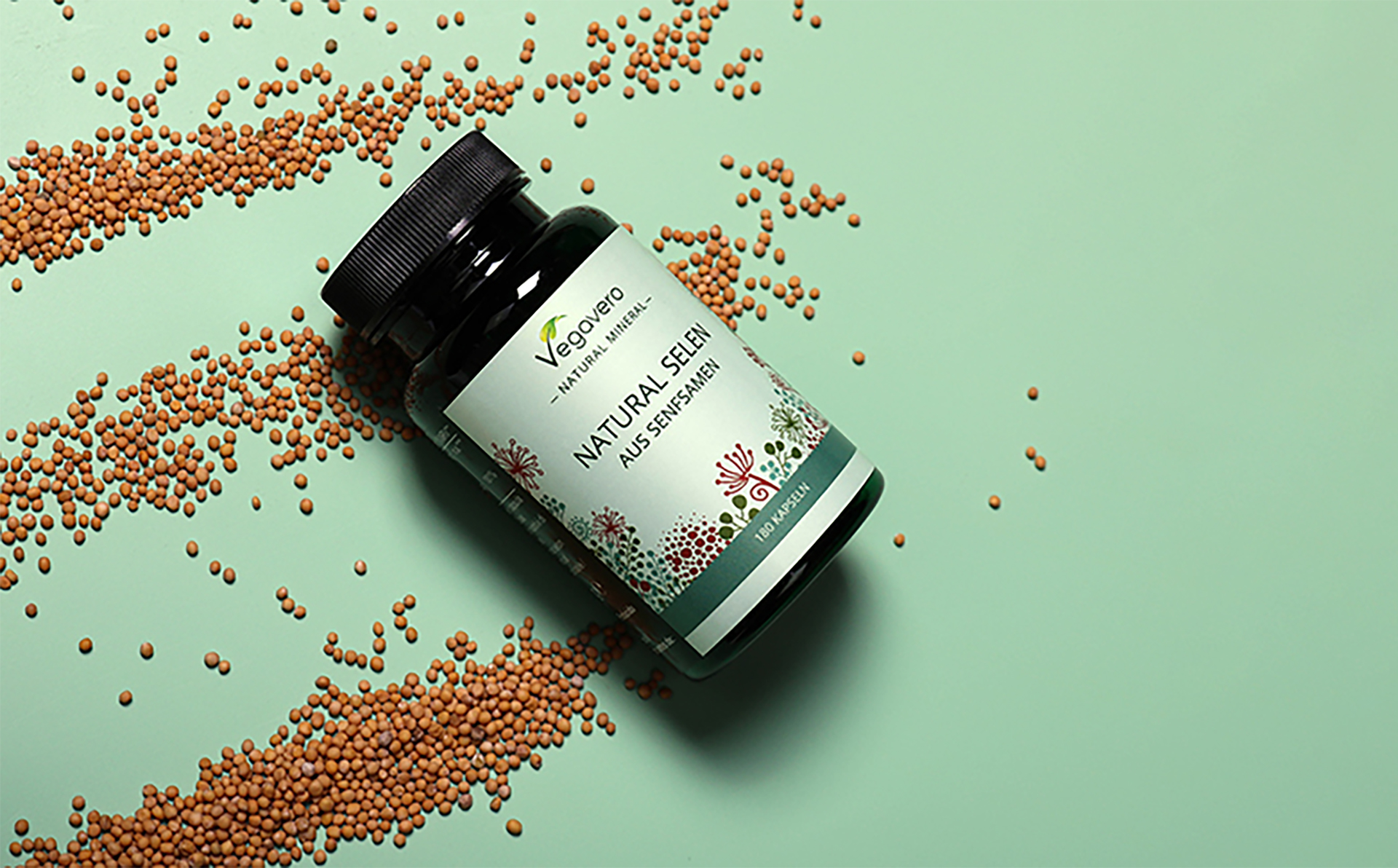 When Swedish chemist Jöns Jacob Berzelius discovered selenium in 1817, he most likely was not aware that the element is vital to our health. After all, he stumbled across selenium while trying to identify the cause for a spate of illnesses in workers manning a sulfuric acid factory. After this initial discovery, it would take more than a century until Schwartz and Folz uncovered the protective effect of selenium on the body in 1957. Since then, selenium has joined the more popular elements zinc, iron, iodine and others in the group of essential trace minerals.

Not too little, not too much

Just like the other trace elements, our bodies cannot produce selenium. The tiny daily selenium requirements (under 100 micrograms/day) thus can only be met through dietary intake. So, if we only need very small amounts of selenium, how important can it actually be? The element is an integral component of many enzymes, that play critical roles in reproduction, thyroid hormone production, DNA synthesis, protection from oxidative damage and the immune system. So yes, selenium is indeed very important, and we cannot do without it.

As selenium is involved in various biological processes, a chronic deficiency can cause serious health problems and primarily leads to the degeneration of several organs. A selenium deficiency is associated with male and female infertility, muscle weakness, mental fog, and increased susceptibility to infections, just to name a few. It is estimated that between half a million and a million people across the world suffer from selenium deficiency [1].

Nevertheless, high levels of selenium are not desirable either. A chronically high intake of selenium can actually be harmful. Early indicators of excess consumption are a garlic breath and a metallic taste in the mouth. Other common symptoms of excessive selenium intake are hair and nail loss, nausea, diarrhoea, fatigue, and irritability. Consequently, its crucial to make sure to get adequate amounts on a daily basis  not too little and not too much.

The problem with our soil

Brazil nuts, seafood, and organ meats are the richest food sources of selenium followed by muscle meats, grains, and dairy products. However, the amount the micronutrient in those foods can vary quite a bit as it highly depends on the selenium concentration in and the general condition of the soil.

In Europe, selenium intake is generally considered low and selenium-​poor soils are found particularly in Germany, Denmark, Scotland and Finland. People dependent on food grown from selenium-deficient soils may therefore be at risk for deficiency. Across different European countries, the estimated selenium consumption ranges from 30 μg to 50 μg per day [3]  which, on average, is only about half of what the World Health Organization (WHO) recommends, hence not sufficient. 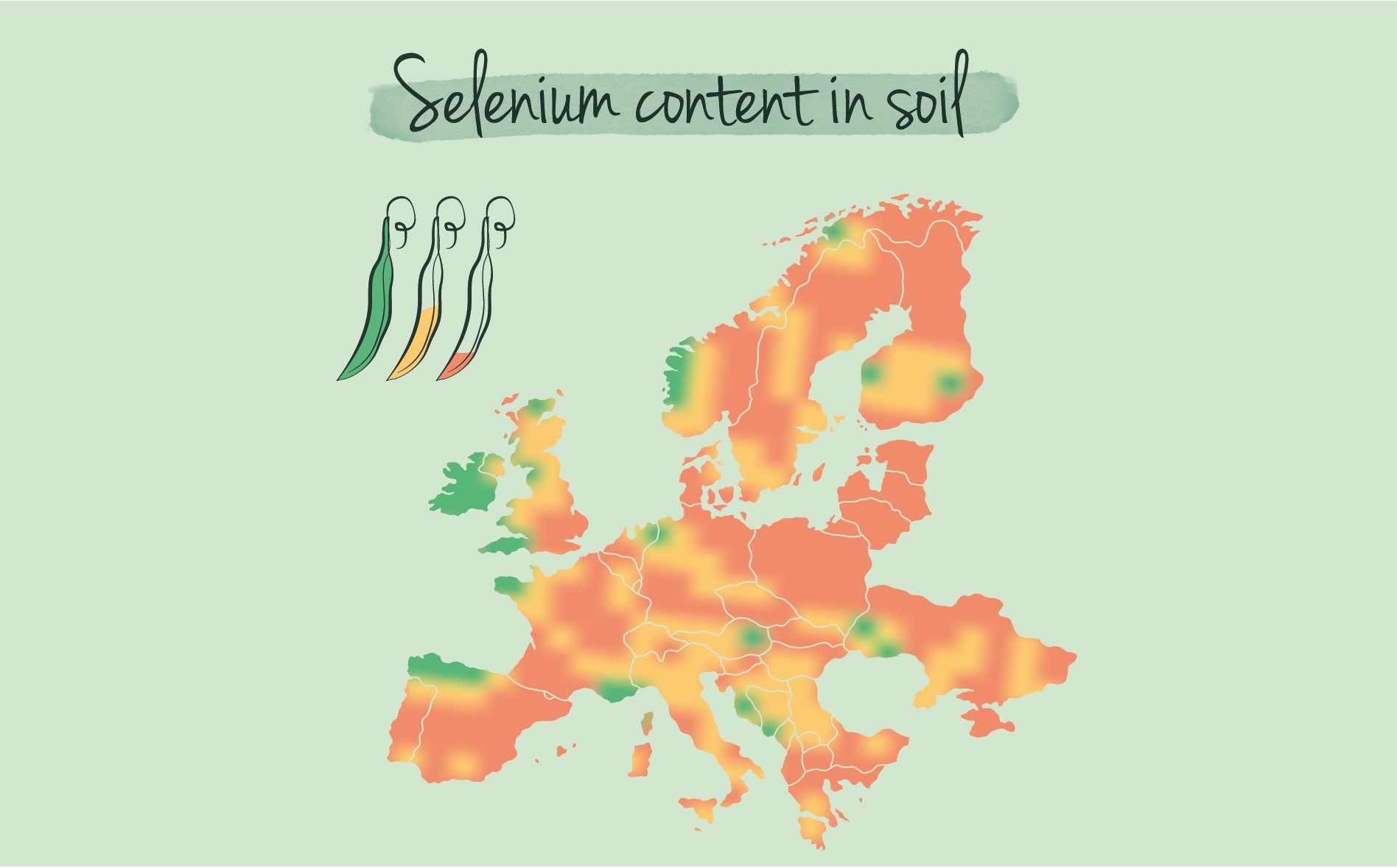 Additional supplementation can offer a simple solution and may benefit people with low selenium status  if done carefully and cautiously. Uncontrolled intake of selenium pills may quickly result in poisoning, as the toxic dose already starts at 400 μg per day. Thus, the range between the required daily quantity of selenium and the toxic dose is very narrow.

Considering that the majority of selenium supplements on average contain 200 μg, things (like our health) can quickly go downhill. Studies on prostate cancer, for example, have shown that supplementing 200 μg of selenium per day increased the risk of high-grade prostate cancer by 62% in men with high selenium status [5]. People with adequate selenium blood levels should thus think twice before reaching for that supplement bottle.

As not only the quality but also the safety of our product is one of our main concerns, we decided to offer selenium capsules with 100 μg of selenium. In contrast to other selenium supplements, our product is therefore not overdosed and thus safe to take on a regular basis.

What makes our product even more special is the raw material we use: mustard seeds. Mustard seeds are an excellent natural source of organic selenium, which is characterized by a higher bioavailability than inorganic forms, meaning it can be more efficiently absorbed and utilized by the body. Furthermore, unlike products from other manufacturers, we do not use any unnecessary and potentially harmful additives such as magnesium stearate or microcrystalline cellulose.

When deciding on taking a selenium supplement, we recommend doing so with caution. Based on the latest scientific data and statistics, people living in areas with selenium-​poor soils would certainly benefit from supplementing, even if following a balanced diet. Of course, to remove any uncertainties there is always the option of having ones own selenium levels checked by a doctor. 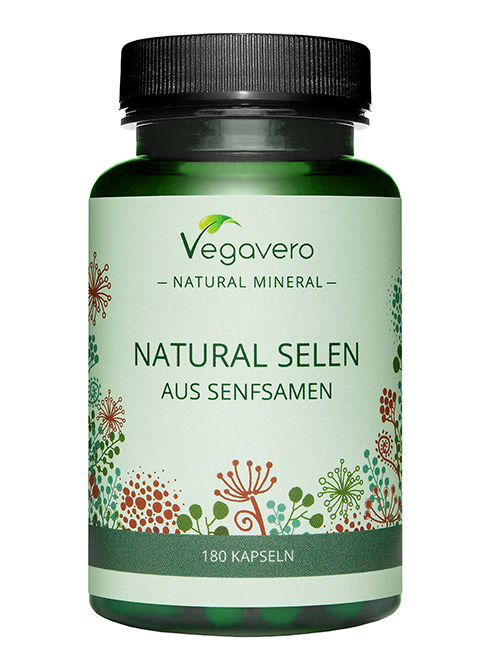 Natural selenium from mustard seeds. Optimal dosage and high bioavailability. Contributes to the health of the thyroid, immune system and hair. No artificial additives, 100% natural and vegan.