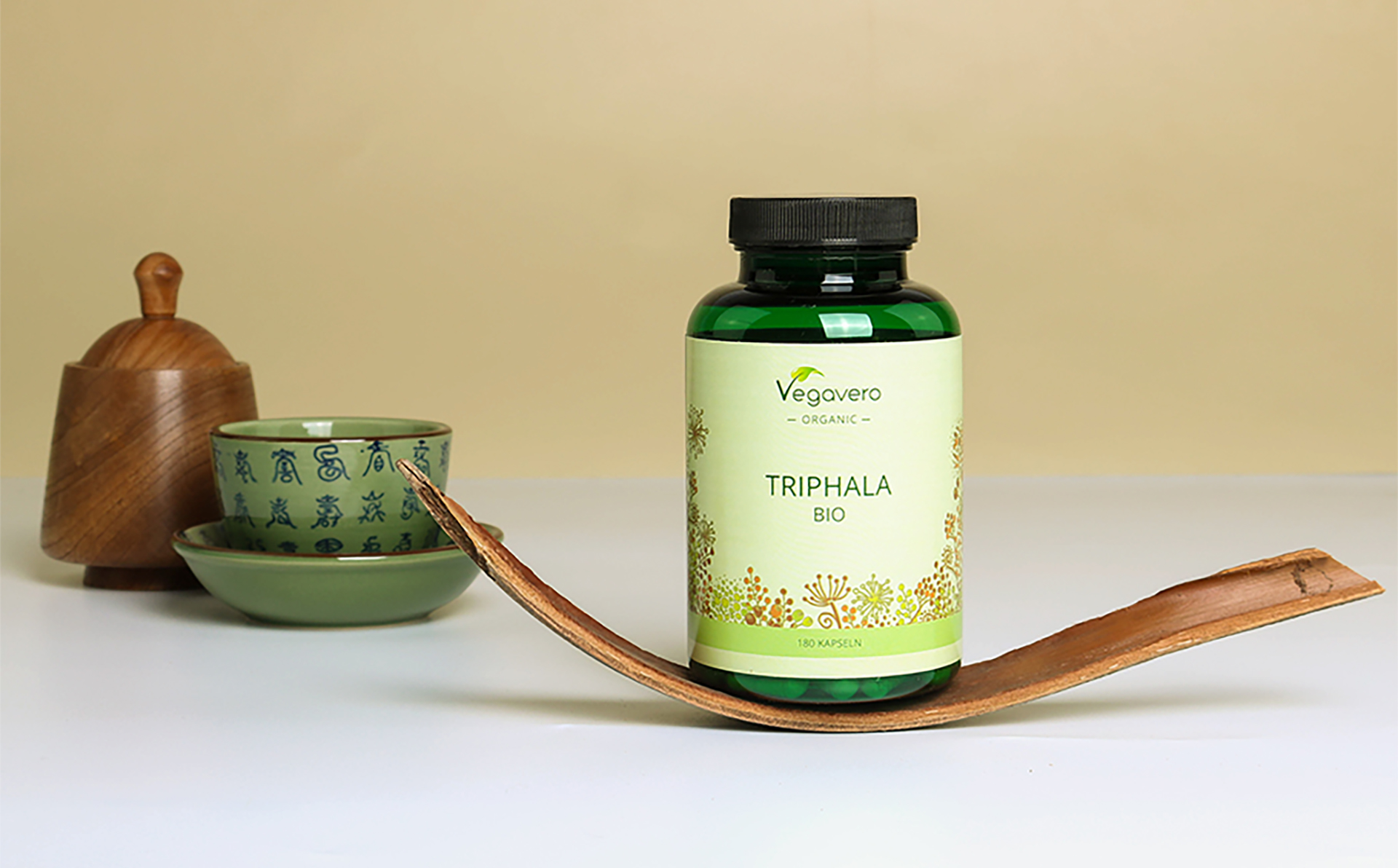 According to this motto, the ancient Vedic healers of Ayurveda probably brooded over the three power fruits of Triphala and united them. Most people will probably think of a fairy tale that centers around three wishes or three tasks. Thus, the number 3 has always had a special place in many cultures and religions and is considered a sign of something whole and perfect - something to which nothing more needs to be added. In Ayurveda, the three stands for balance and finds a central meaning in the theory of Tridosha. In our blog about Ayurveda we have already discussed the meaning of these doshas, the three fundamental ayurvedic energy forms.

Three berries for a long life

The name Triphala comes from Sanskrit and translates to "three fruits" (tri = three / phala = fruit). It specifically refers to the three berries Bibhitaki, Amalaki and Haritaki. These adventurous-sounding berries come from trees of the myrobalan family, which had already been used medicinally in ancient times and are still valued today for their high content of bioactive substances.

Together, the Triphala berries make a true power-blend: Bibhitaki stands for "what keeps disease away from you". The Amalaki berry comes from the Amla tree, which is considered sacred in Hindu religion. The berry is said to bring "eternal youth and beauty". Lastly, the fruit of the Haritaki tree is referred to as "Queen of Natural Remedies" and is described by Charaka (Indian doctor and author of Charaka Samhita - core of the traditional literature of Ayurveda [1]) "as healing and nourishing as mother's milk".

These traditional descriptions already suggest that each berry alone has special properties. However, when mixed together, the result is one of the most potent and popular Rasayanas in Ayurvedic medicine. Rasayana is a Sanskrit term and means something like "rejuvenate" or "renew". This does not imply the classical promise of anti-aging (neither does it remove all wrinkles nor does it make you look 20 years younger). It rather suggests the prevention of diseases before they occur and keeping body and mind healthy for a lifetime. This is the central principle of Ayurveda. [2] 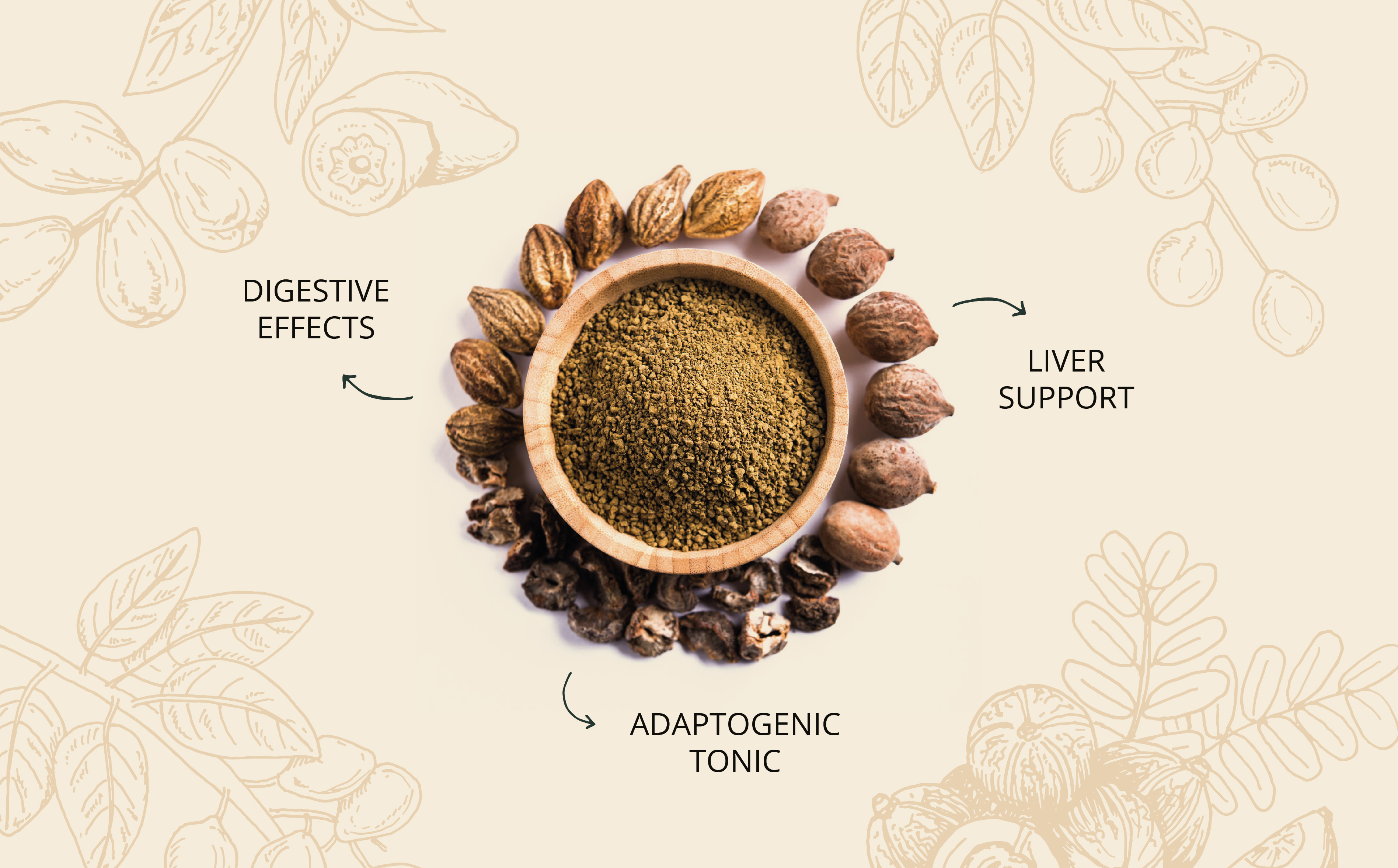 A jack of all trades - not only in Ayurveda

Ayurvedic medicine often uses Triphala as a central pillar for therapies that mainly targets the stomach and intestine. However, due to the complexity of the three power berries, Triphala is suitable for a wide variety of applications. And this is exactly where Ayurveda and Western medicine meet. The interest of modern science is shown by the large number of studies that examined the effects of the three individual berries, as well as their combination. The knowledge that has been acquired and passed on in Ayurveda over thousands of years has in part been impressively confirmed through scientific research. The positive effect on the gastrointestinal tract, for example, has been associated with the strong antioxidant properties and high content of flavonoids. [4] The same applies to the anti-inflammatory properties, strengthening of the immune system and the anti-aging effect of Triphala. [5,6] The positive effect on the human intestinal flora is another interesting aspect worth mentioning. Certain substances found in Triphala (namely quercetin, gallic acid and polyphenols) promote the growth of probiotic intestinal bacteria and significantly inhibit the growth of unwanted germs such as E.Coli. [7]

The multitude of health-promoting properties of the three power fruits is only slowly being unraveled and understood by science. Many mechanisms are still too complex to be described with certainty.

A great feature of Triphala is that it is suitable and recommended for almost everyone - regardless of age, sex, constitution or Dosha manifestation. Thus, it can be safely taken for a lifetime and be easily incorporated into the daily routine. In ayurvedic practice, taking Triphala is considered especially beneficial in the evening, as the body carries out detoxifying and regenerating processes especially during the night.

There are various Triphala products available, for example in the form of powder or tea. Relatively new (but very practical) are tablets or capsules. It is always important to make sure that the Triphala is free of additives and as natural and gently processed as possible - ideally in organic quality  so that the valuable bioactive compounds remain intact. 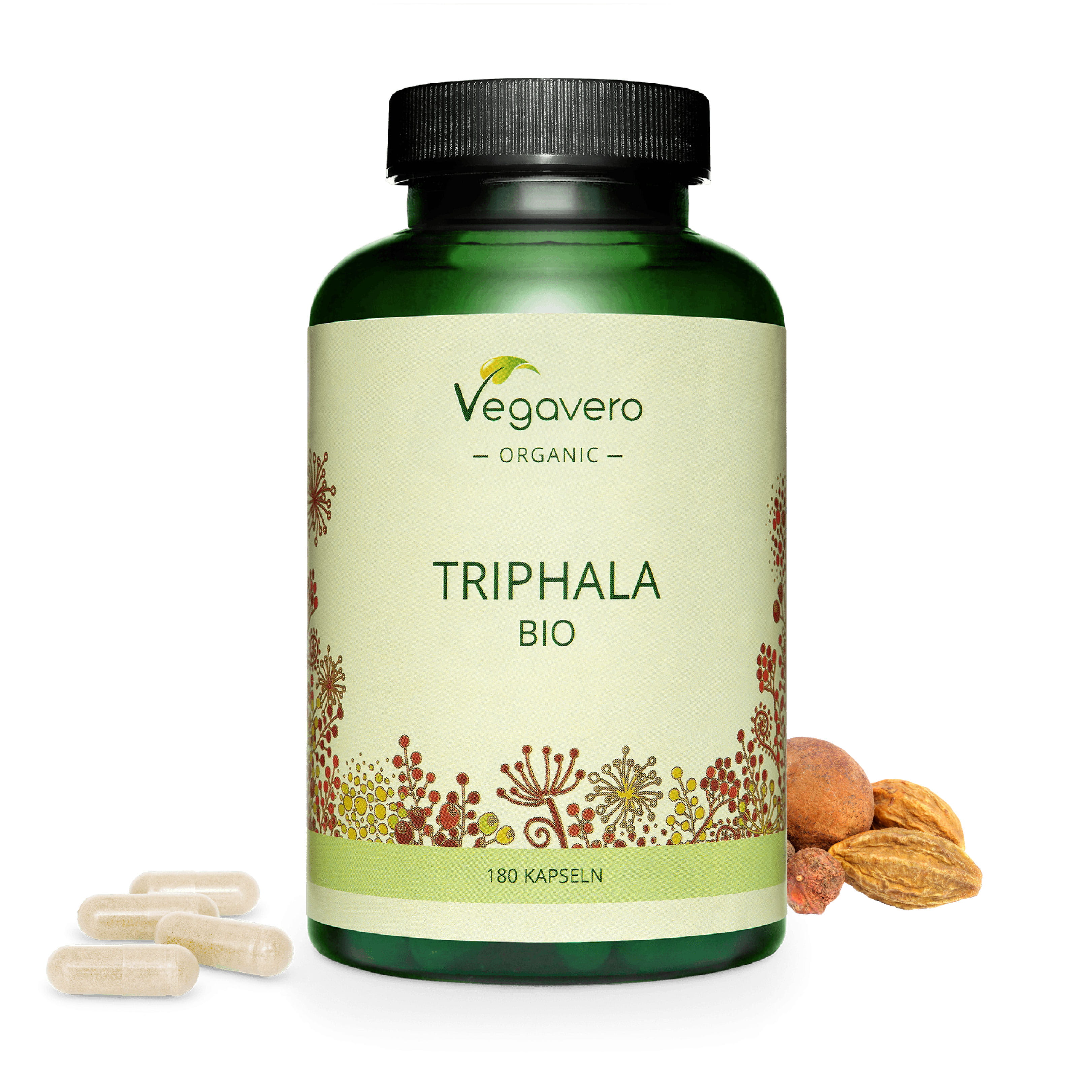 Triphala from controlled organic cultivation in India, where the Ayurvedic medicine originated.  A combination of three plants rich in vitamins, minerals and antioxidants with synergistic properties. Free from artificial additives, 100% natural and vegan.

Quercetin - A Versatile Plant Pigment
Quercetin belongs to the group of polyphenol flavonoids - these are secondary plant substances that are responsible for different color formations in plants. People who are active in sports and those who are plagued by allergies can especially benefit from quercetin.
8 tips for healthy sleep
We spend around a third of our lives asleep. However, many people find it difficult to get to sleep, or to sleep through the night. Those who sleep less, or sleep badly, are often struggle with concentration throughout the day, have lower energy levels, and are more prone to health problems, such as hormonal imbalances, and becoming overweight. The following tips reveal how we can make sure we are as rested as possible during sleep, and which practices and nutritional supplements can help with this.
Veins  the pipelines of life
Veins run through our entire body, and work in conjunction with our heart. They are the blood vessels that carry blood to the heart. But although they are so important for our body, it is thought that between 20-60% of the UK population suffer from some form of vein weakness. So, what is the cause, and what can be done to combat it?
Cystitis: how to get rid of it in a few simple steps
A burning sensation while urinating, the frequent urge to go to the bathroom and even blood in urine can be signs of a urinary tract infection, also called cystitis. In our blog article we discuss the causes of cystitis and point out ways to prevent and treat this frustrating condition.
News overview
Beauty & Wellness
Please login to comment.