Cystitis: how to get rid of it in a few simple steps

Cystitis: how to get rid of it in a few simple steps 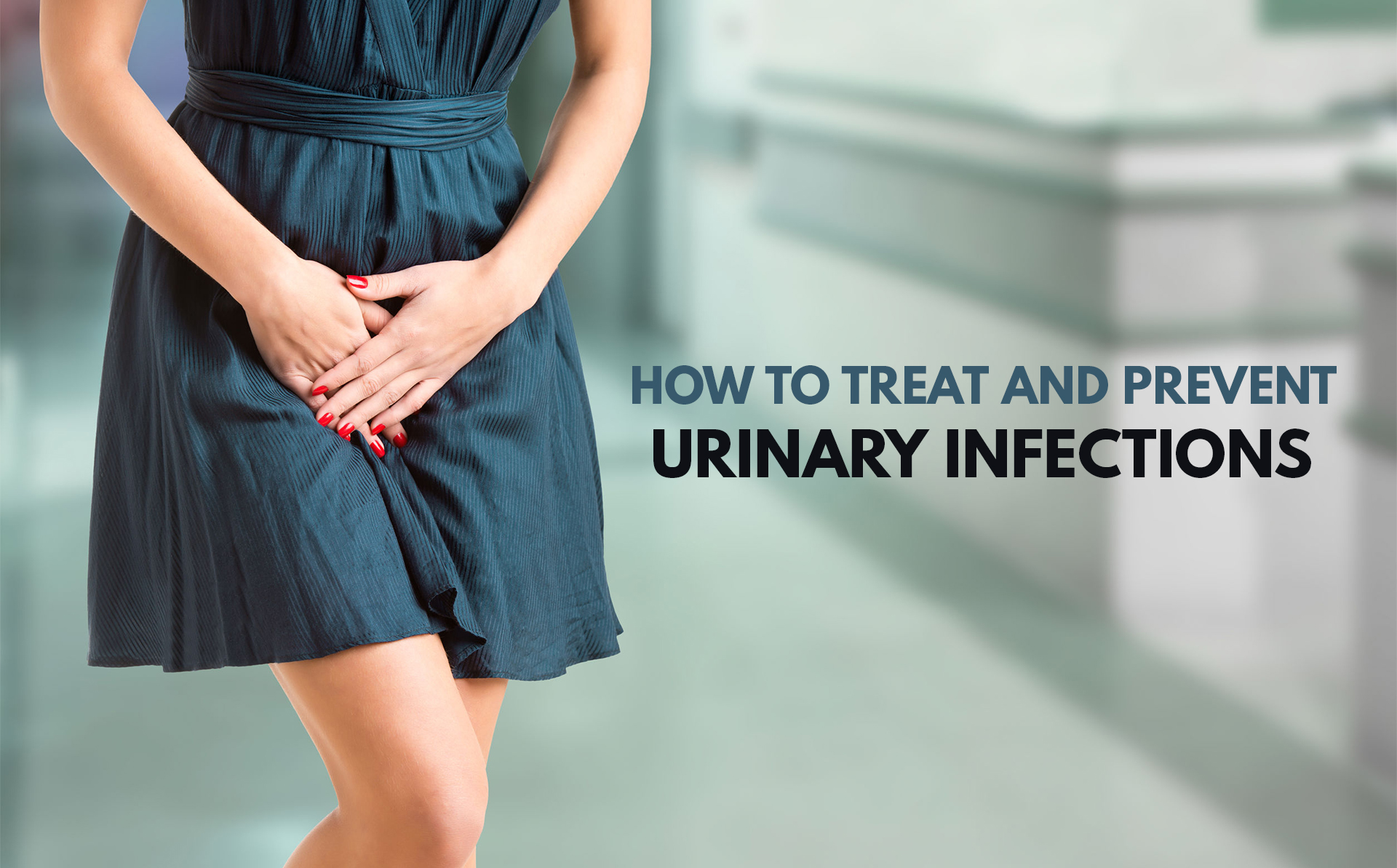 A burning sensation while urinating, the frequent urge to go to the bathroom and even blood in urine can be signs of a urinary tract infection (UTI), also called cystitis. Urinary tract infections are highly common, affecting 150 million people each year worldwide [1]. Especially women are affected. According to some statistics, one third of women at age 24 have already had a urinary tract infection, and as the years go by, the number increases to one in two women at the age of 32. In fact, every year about 12 % of women suffer from cystitis.

But what exactly is this infection and what causes it? Aside from the usual medication, are there any natural alternatives that help to eliminate it? In our blog article we answer all these questions and point out ways to prevent this frustrating condition.

What exactly is Cystitis?

Cystitis is an inflammation of the bladder wall and urethra; it accounts for about 80% of urinary tract infections [2]. Symptoms range from a frequent and desperate need to urinate; burning and pain during urination; and from smelly, cloudy urine to blood in the urine [3].

Cystitis can occur in sporadic episodes or with some frequency. There is talk of acute cystitis and chronic or recurrent cystitis.

Acute cystitis: most of the time it is caused by a bacterial infection and the symptoms occur suddenly and with strong intensity. If it is not treated properly there is a risk that it will become chronic and thus turn into chronic cystitis.

Chronic cystitis: it is characterized by the periodicity and we talk about this type of cystitis when it occurs at least 3 times in a year. The symptoms are almost the same as acute cystitis, but they are usually less intense and more prolonged. This condition mostly affects people above age 50.

What are the causes of Cystitis?

The causes of cystitis may differ. We generally distinguish them in two different types: bacterial and non-bacterial origin.

Non-bacterial cystitis: Non-bacterial or non-infectious cystitis is usually caused  as the name implies  by non-bacterial factors that lead to inflammation of the bladder. These factors include poor intimate hygiene, insufficient water consumption and an excessive use of menstrual hygiene products. But certain medications can also trigger cystitis. Furthermore, people suffering from diabetes seem to have a higher risk of developing non-bacterial cystitis [4, 5].

Bacterial cystitis: The most common cause of cystitis is a bacterial infection. The inflammation of the mucous membrane that lines the bladder is triggered by the presence of certain intestinal germs that attach themselves to the walls of the bladder. The most common of these pathogens is Escherichia Coli (E. coli), a bacterium present in the intestine and part of the human intestinal flora. It is estimated that between 75% and 95% of urinary infection cases are caused by this specific bacterium [6].

Why is cystitis more common in women?

As previously mentioned, cystitis can affect everyone regardless of their age or gender. However, one must highlight that this disorder mainly affects women [7]. The main reason that women are more susceptible to developing this infection lies in the anatomical physiology of their genito-urinary tract as opposed to mens. The urethra, the duct connecting the urinary bladder to the outside, is significantly shorter in women than in men. Hence why pathogens in women reach the bladder more easily, increasing the risk of an infection.

How is Cystitis treated?

When it comes to cystitis of bacterial origin, doctors usually prescribe a series of antibiotics once the diagnosis has been established [8]. Self-diagnosis and self-prescription of antibiotics are to be avoided at all costs. The inappropriate use of antibiotics is very dangerous as it increases the risk of so-called "antibiotic resistance". This means that certain bacteria will be resistant to the activity of an antimicrobial drug.

It is important to underline that, as well as eradicating the bacteria responsible for the infection, antibiotics also eliminate some intestinal bacteria that are considered good, which is found to negatively affect the immune system and general health [9]. Fortunately, there are also ways to treat cystitis in a more natural way without such detrimental side effects.

D-Mannose is a monosaccharide (a simple sugar) of natural origin which is extracted from the bark of birch and larch trees. One of its peculiarities lies in the fact that it is not absorbed by the bloodstream; therefore, once it is taken, the body eventually eliminates it through the kidneys and into the urinary tract. While in the urinary tract, D-Mannose attaches to the E. coli, which stops the bacteria from binding to the bladder mucosa and causing an infection. When joined with D-Mannose, the bound bacteria are eliminated through urination [11, 12].

The daily dosage of D-Mannose ranges from 1-2.5 g per day and it is advisable to take it with plenty of water. In addition, since it is not absorbed by the body it can also be taken by those who suffer from blood sugar problems and diabetes.

Cranberries are well known for their anti-inflammatory properties. The red berries are rich in so called proanthocyanidins (PACs), a group of antioxidants. Similar to D-Mannose, the PACs in cranberries are found to prevent bacteria from adhering to the walls of the urinary tract, helping to reduce inflammatory processes in the bladder [13]. Additionally, PACs increase the anti-inflammatory substance salicylic acid in the body [14], which may also support the elimination of the bacteria in the urinary tract. A cup of cranberry juice a day or our organic cranberry supplement ( https://amzn.to/2T3GGU7) may therefore be a good way to get rid of a stubborn UTI infection.

With such a high prevalence for reoccurring cystitis, its advisable to follow some good habits in order to prevent an infection in the first place.

With these tips, cystitis can be easily prevented. When it comes to an infection, the natural approach  using D-mannose and cranberries  may be a suitable treatment to avoid the use of antibiotics. In any case, we recommend to always consult a doctor, as antibiotics may be unavoidable in severe cases antibiotics. 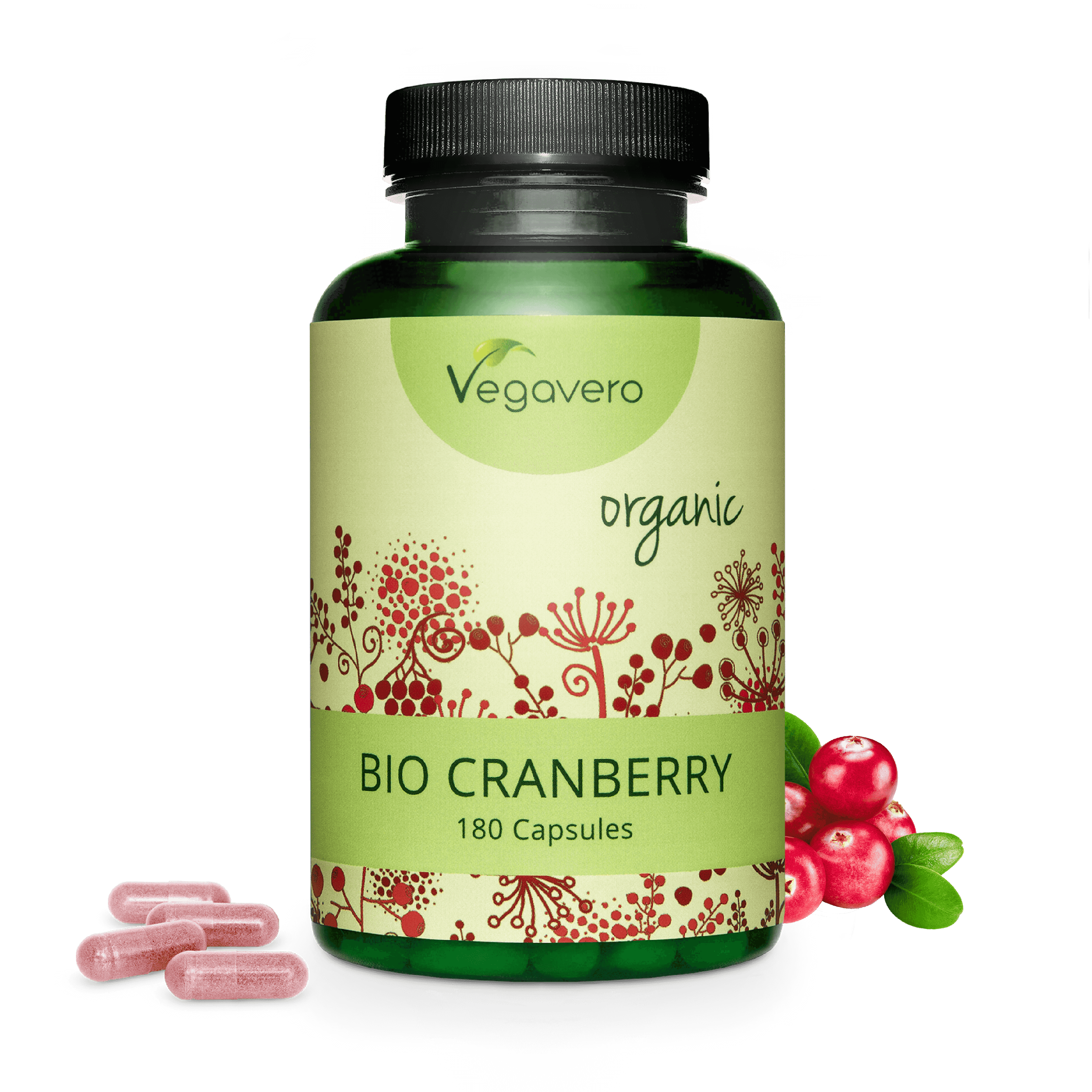 Our Organic Cranberry is cultivated in Canada. It is free from artificial additives and 100% Natural. Suitable for Vegans and Vegetarians. 1.5% procyanidins per capsule. Perfect for combatting cystitis and urine infections.

Get 30% discount off our Organic Cranberry using code: 30CRANBERRY

Omega-3 Fatty Acids: Why they are good for you
Omega-3 fatty acids belong to the group of essential unsaturated fatty acids. They must be consumed via our diet because our body cant produce them itself. Read on to find out why they are important and how to adequately meet the daily need.
more ...
Deficiency or no deficiency? Determine vitamin levels with home nutrient tests
Increased stress, one-sided or unbalanced diet, metabolic diseases: these are all possible reasons for a nutrient deficiency that can lead to serious long-term health problems. A vitamin or mineral deficiency is often accompanied by a variety of symptoms, although these do not differ greatly from one nutrient to another.
more ...
Tips for maintaining a regular bowel movement
Hippocrates already understood that all disease begins in the gut. Unfortunately, overlooking the health of our gastrointestinal tract is a common phenomenon  so are digestive issues like constipation. Read on to find out how to help ease these issues.
more ...
Winter blues? Not with us! 6 tips for good mood in the cold season
In todays modern world a lot of people struggle with increased levels of stress, moodiness, or mild anxiety. These conditions are often accompanied by other symptoms like nervous restlessness, sleeping problems and irritability. Luckily, nature offers a range of plants that were shown to be especially helpful with regards to mood balance  which is why we added them to our unique Good Mood Complex.
more ...
News overview
Nutrition & Health
Please login to comment.