Why sleep is so important 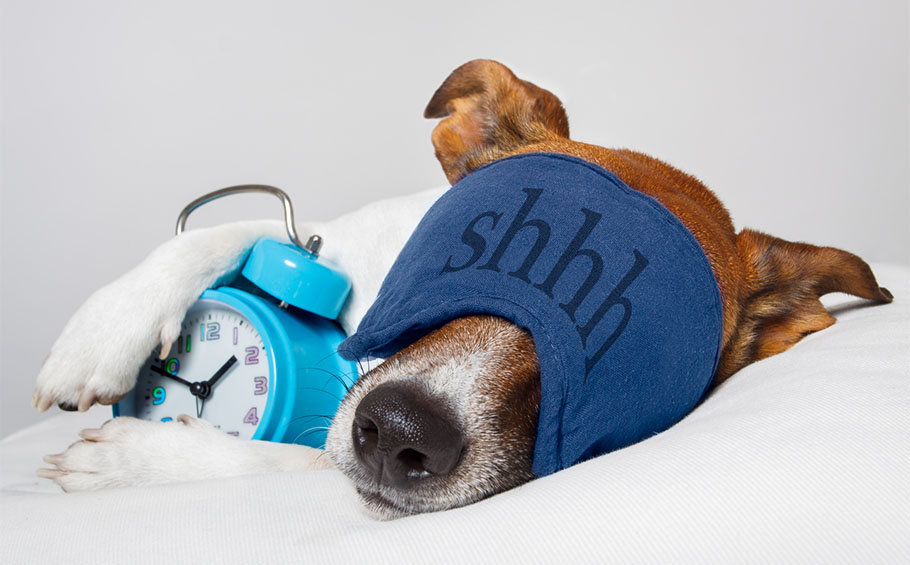 When it comes to health, most of us think of nutrition and fitness. What we often forget, however, is sleep, even though we spend a good third of our lives sleeping. This is a good thing, because we cannot do without sleep.

What happens while we sleep?

All of us know how it is: Sunday night was longer than planned and on Monday you have to drag yourself out of bed. The entire day you fell feel driveless, are in a bad mood and cannot seem to focus at all. Why is that so?

Sleep is an active process of recovery for the body. Even if it doesn't seem that way on the outside, during sleep our brain is sometimes even more active than when we are awake. In this phase of apparent rest, various regeneration processes take place throughout the body, such as cell renewal, muscle building and repair and other metabolic processes regulated by specific growth hormones and signal molecules.

An optimal night's sleep also enables the brain to store what it has learned and experienced during the day. During the day, information is temporarily stored in the so-called hypocampus. However, since this part of the brain has only a limited storage capacity, the information is transferred to another part of the brain, the neocortex, during sleep so that it does not get lost. Healthy sleep is therefore a basic prerequisite for physical and mental health and performance - and by no means unproductive!

The nightly resting period is divided into several sleep phases in which the nervous system is sometimes less active and sometimes more. A rough distinction is made between REM sleep and non-REM sleep. The latter is divided into light sleep and deep sleep. About every 90 minutes, adults start a new sleep cycle that goes through these phases.

After a short  falling asleep phase, in which the body slowly comes to rest, the first light sleep phase follows, in which breathing and heartbeat slow down. Light sleep makes up the largest part - about half - of the sleep cycle and thus of our sleep. It also forms the transition between deep sleep and the REM phase.

Light sleep is followed by the deep sleep phase. And deep sleep is exactly that - a deep sleep. During this phase we cannot be woken up easily. Pulse and blood pressure are significantly lowered and our digestive system and breathing continues to slow down. At the same time regeneration processes are switched on. The immune system is also particularly active in deep sleep. The deep sleep phases at the beginning of the sleep cycle can last up to one hour, towards the end of sleep they are considerably shorter.

Followed by another light sleep phase is the REM sleep (Rapid Eye Movement), also called dreaming stage. At this sleep stage we dream particularly intensely - and this is also visible through rapid eye movements under closed eyelids. The skeletal muscles are completely relaxed so that the body does not move around wildly in bed while dreaming. The learning process and the strengthening of memory are also linked to REM sleep. The brain is now highly active. Adults have a total REM sleep time of just over an hour. Newborns, on the other hand, spend almost all their sleep in the REM phase. 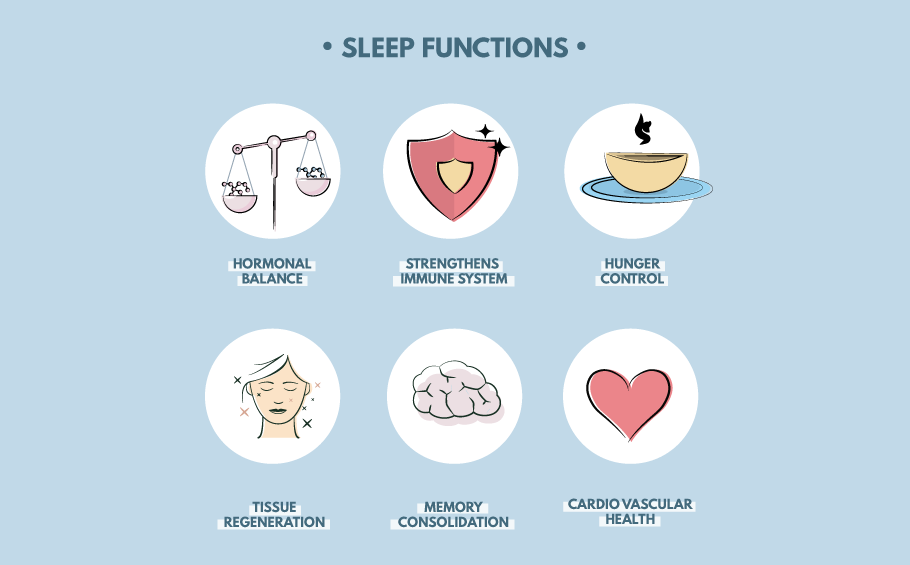 The messenger substance responsible for our sleep is called melatonin. This hormone regulates sleep and wakefulness depending on light and darkness: while light inhibits melatonin production in the body, it is stimulated in the dark. Melatonin is produced and secreted by the pineal gland (epiphysis) - a part of the diencephalon. It is also produced in small amounts by the retina and intestine. By docking to special melatonin receptors, signals are transmitted in the hypothalamus, which cause us to become tired. The basic building block for melatonin is the hormone serotonin, which in turn is formed from the amino acid tryptophan.

Lack of concentration, reduced performance and low mood are just a few of the less dramatic side effects of sleep deprivation. Chronic sleep deprivation over a longer period of time can have serious health consequences, though, that can affect both the metabolism and the cardiovascular system.

For example, sleep disorders can be the cause of increased body weight. According to various studies, ghrelin, an appetite-stimulating hormone, is considerably increased in people with disturbed or insufficient sleep. Those who do not sleep sufficiently seem to eat more because of the increased feeling of hunger.

Studies have also shown that sleep problems also promote high blood pressure, which can have serious long-term consequences for the circulation and heart health. People who sleep less than 6 hours at night are more likely to develop cardiovascular diseases.

The immune system is also weakened by inadequate sleep  and we are talking of three hours less a night. According to current studies, people who suffer from sleep deprivation are more susceptible to colds. Sleep is therefore the best medicine to support the immune system.

If you want to stay healthy, you should ensure sufficient sleep at night  that we know now. It is actually hard to believe that more than 30% of people from Western industrial countries suffer from sleeping disorders. There are various reasons for this, such as increased stress. With a few easy tips you can ensure a good nights sleep:

How much sleep is enough?

This question is not easy to answer. The optimal duration for a restful night's sleep varies from person to person. On average, 7-8 hours is recommended for adults. Nevertheless, we each must find out for for ourselves how much sleep is enough. If you just cant get out of bed in the morning, you should consider going to sleep a bit earlier at night.

Quercetin - A Versatile Plant Pigment
Quercetin belongs to the group of polyphenol flavonoids - these are secondary plant substances that are responsible for different color formations in plants. People who are active in sports and those who are plagued by allergies can especially benefit from quercetin.
8 tips for healthy sleep
We spend around a third of our lives asleep. However, many people find it difficult to get to sleep, or to sleep through the night. Those who sleep less, or sleep badly, are often struggle with concentration throughout the day, have lower energy levels, and are more prone to health problems, such as hormonal imbalances, and becoming overweight. The following tips reveal how we can make sure we are as rested as possible during sleep, and which practices and nutritional supplements can help with this.
Veins  the pipelines of life
Veins run through our entire body, and work in conjunction with our heart. They are the blood vessels that carry blood to the heart. But although they are so important for our body, it is thought that between 20-60% of the UK population suffer from some form of vein weakness. So, what is the cause, and what can be done to combat it?
Cystitis: how to get rid of it in a few simple steps
A burning sensation while urinating, the frequent urge to go to the bathroom and even blood in urine can be signs of a urinary tract infection, also called cystitis. In our blog article we discuss the causes of cystitis and point out ways to prevent and treat this frustrating condition.
News overview
Nutrition & Health Beauty & Wellness
Please login to comment.