The Tale of Iron and Blood 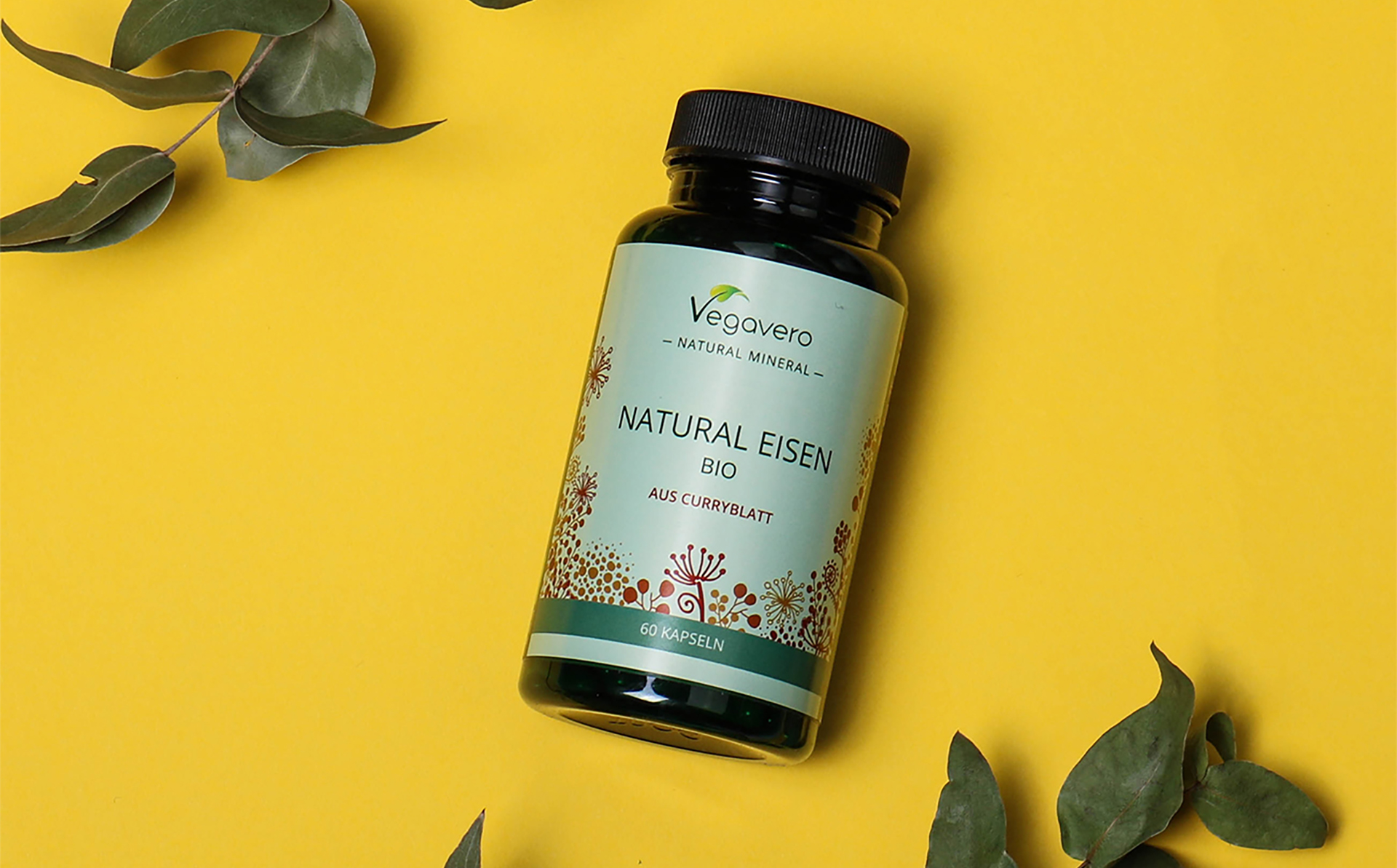 When historians think of "Iron and Blood", they think of the famous, very martial speech of Otto von Bismarck, which he gave before the Budget Commission of the Prussian House of Representatives in order to get approval for an increase in military spending. Friends of fantasy novels and TV series probably immediately think of the battle- and sword-filled sequels "Game of Thrones" or "The Last Kingdom".

But also in metabolic physiology iron and blood are inseparable. Iron is a vital trace element that cannot be produced in the human body and therefore has to be provided through diet. Iron plays a central role in various metabolic processes and has numerous tasks in the human body.

The most important role of iron is binding oxygen. Many people find that blood tastes "somehow metallic" and indeed this taste is caused by the iron in our blood. The red blood cells contain hemoglobin, an iron-containing protein. Hemoglobin (the red blood pigment) binds oxygen with the help of the iron and then transports it to all the cells in the body. Every cell in our body needs iron for its energy balance and iron deficiency leads to significant limitations in physical performance.

Iron is found in practically all kinds of foods. But usually only in very small quantities and then often in a form that is poorly bioavailable, meaning it is difficult for the body to utilize. In general, iron from plant foods is not as efficiently absorbed than iron found in meat and fish. Furthermore, there are certain foods that inhibit the absorption of iron, such as coffee and tea, but also dairy products and eggs.

Although the supply of iron through food is generally guaranteed with a balanced diet, iron deficiency is still not an uncommon phenomenon.  This can be mainly explained by the above-average iron requirements of certain groups of people.

The best known symptoms of iron deficiency are paleness and fatigue. They are caused by an insufficient supply of oxygen to the organs as the red blood pigment haemoglobin  the oxygen transporter in our blood  is low in iron deficiency or anaemia. Many people do not even realize that they suffer from iron deficiency. They attribute the permanent fatigue - the most common symptom - to their lifestyle or stressful everyday life.

But there are also numerous other symptoms of iron deficiency: 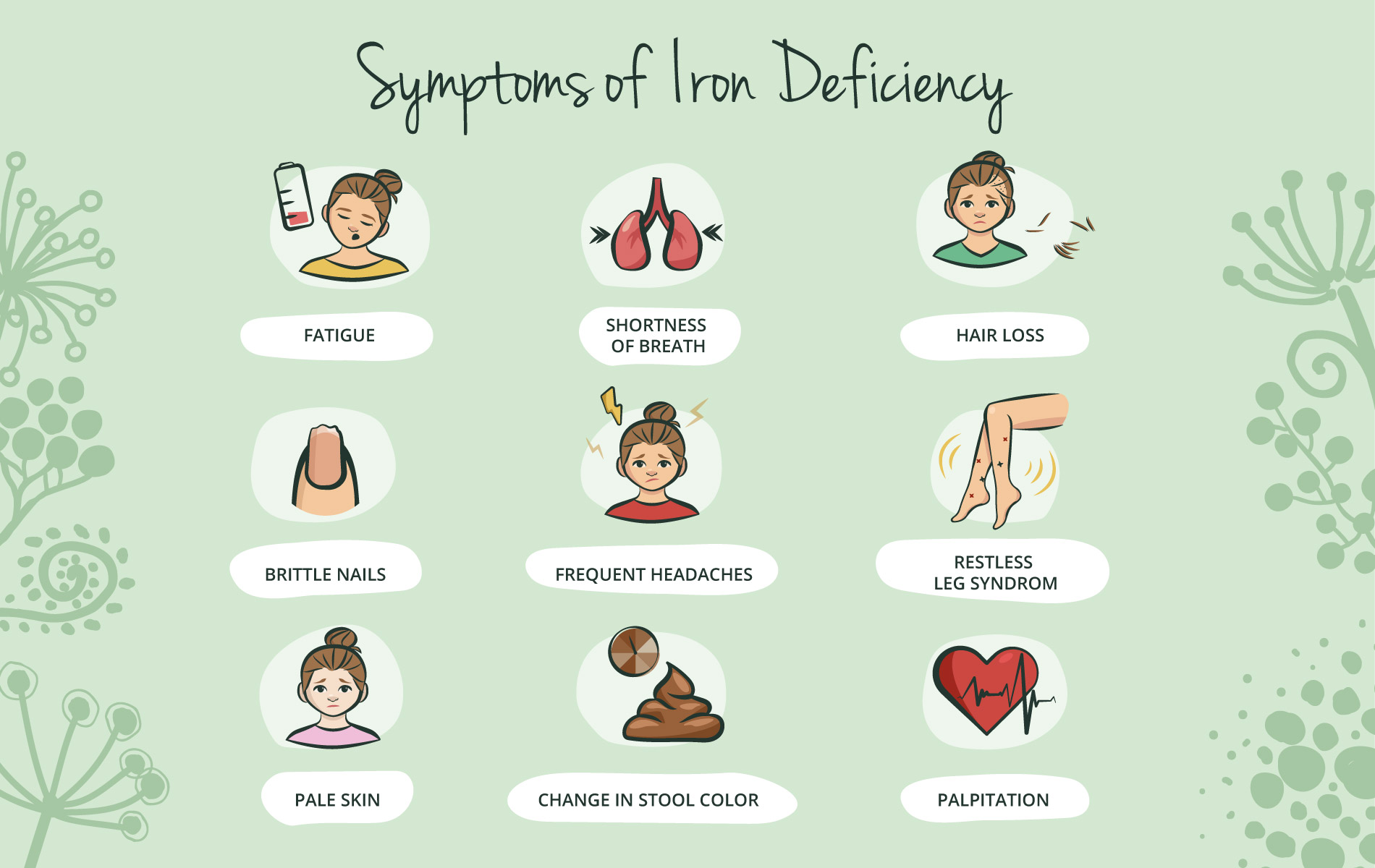 Along with magnesium and vitamin C, iron supplements are probably amongst the most common food supplements. There are countless iron products: from the cheapest offers in discount stores to expensive supplements in pharmacies. Unfortunately, we consider a lot of these products low quality.

It already starts with the dosage: according to the motto "A lot helps a lot", there are numerous iron products with a dosage of 40 mg or more per day. However, this high dosage is problematic as the body cannot excrete excess iron, but stores it in various organs. Furthermore, such a high dosage often leads to constipation and nausea.

On the other hand, especially the inexpensive iron supplements often contain undesirable additives such as microcrystalline cellulose or magnesium stearate, because these make the production much cheaper.

And finally, synthetically produced raw materials are almost always used, of which the bioavailability is often not particularly good.

There are other ways  Iron from curry leaves

We have chosen the leaves of the curry tree as the perfect source of iron. This natural iron has a particularly high bioavailability, is stomach-friendly and - unlike synthetic iron - also contains numerous other important trace elements. Due to the high bioavailability, we do not have to dose our supplement so highly, as the body can absorb the organic iron particularly well. AND: We only use ORGANIC curry leaf extract and thus offer a product with 100% organic quality.

Furthermore, unlike products from other manufacturers, we do not use any additives such as magnesium stearate or microcrystalline cellulose. With 14 mg iron, 100% of the recommended daily amount of iron is easily reached with one capsule, which ensures an optimal supply of iron to the body.

So, for all those who attach particular importance to the quality of a dietary supplement with naturally derived ingredients, our ORGANIC iron is an optimal solution.

We recommend taking the iron supplement together with vitamin C. Vitamin C is an important absorption promoter for iron. And here too we have a natural solution: vitamin C from ORGANIC Acerola.

Iron deficiency? No problem with our natural ORGANIC Iron Capsules!

Our natural iron supplements for women are derived from curry leaves from controlled organic cultivation in India. Instead of a low-quality, synthetic iron supplement, our natural product provides a unique compound of phytonutrients that increases the bioavailability and bioactivity of the iron.