Can mushrooms cure you? They sure can. Here are it's therapeutic and curative properties. 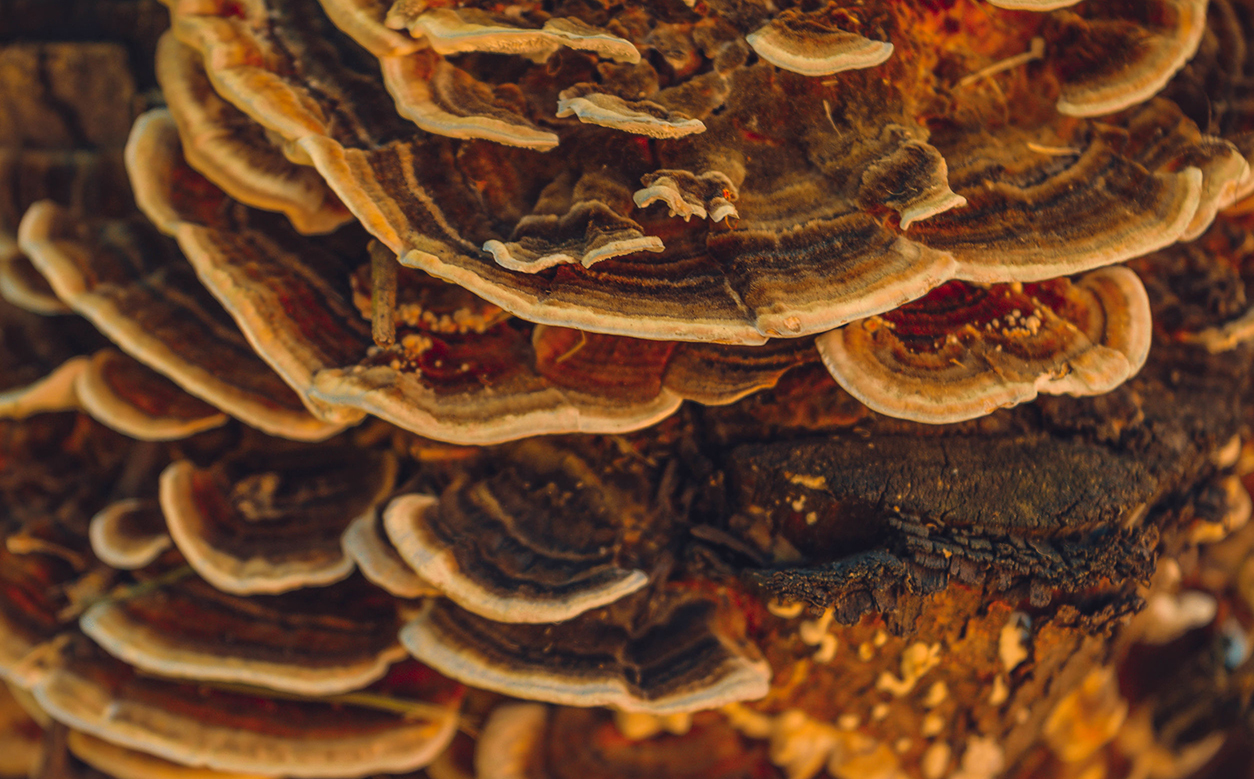 Phytotherapy is a branch of medicine that studies the use of medicinal plants which can encourage pharmacological action in our body. The Ministry of Health states, "The therapeutic properties of many plants (...) are traditionally known to men who have frequently used them as "healing herbs". Recently, the WHO has estimated that at least 80% of the world's population finds in plants the main, if not exclusive, therapeutic source.

Right, so what is mycotherapy?

Mycotherapy is a branch of phytotherapy that uses medicinal mushrooms to improve and, in some cases, restore the health and general balance of the body. This discipline has been used for millenniums in Traditional Chinese Medicine (TCM), which is one of the oldest healing practices in the world. In one of the fundamental texts of TCM, ´the Shennong Bencao Jing (250 BC)´, the medical plants are divided into three classes: the most important of which is the upper class, which includes 120 herbs, also called "Emperor's herbs" because they "control the maintenance of life. They are not toxic. The intake of even large quantities over long periods of time is not harmful. If you want to tone up your qi (life energy) and prolong your life without getting old, you should take the herbs of this class. These include medicinal mushrooms.

While conventional medicine focuses on treating the symptom, TCM focuses on the causes; stating that, once the causes have been identified and removed, the symptoms disappear naturally. In fact, one of the main strengths of medicinal mushrooms is their ability to act on the causes that trigger diseases.

However, it is important to consider that this is a complementary and integrative medicine that does not replace other forms of traditional medicine.

Medicinal mushrooms: what are they for?

Mushrooms are considered adaptogenic, i.e. substances that do not cause further stress to the body and have no side effects. Furthermore, mushrooms are nutritionally rich because they contain vitamins and minerals, but at the same time have a low calorie content.

Formerly used as an elixir towards a longer life, they mainly serve to:

- strengthen the immune system and naturally support the body's defences

- absorb toxic substances since they are highly chelating

- supporting and supporting therapies for degenerative and cancer diseases

Which methods are the most important and powerful?

Although they are not permitted as medicines in Europe, they are marketed as food supplements. Following this, it is important to ensure that the mushroom extract is amongst other ingredients as opposed to taking mushroom powder. Scientific studies have shown that some extracts are up to 20 times more effective than whole mushroom powder. Moreover, when mushrooms are used for therapeutic purposes, it is advisable to request certification and analysis of the raw material. They can become harmful if grown in areas with high pollution since mushrooms are chelators for toxic substances (e.g pesticides, heavy metals, microtoxins).

Each one has its own specific function.

Among the most widely used medicinal fungi in mycotherapy are:

Also known as the Ear of Judas, it is a fungus that is rich in proteins and minerals with anticoagulant and antiaggregant properties. It protects the cardiovascular system, increasing the flow of blood while preventing vessel obstructions.

It has tonic properties: it increases energy, eliminating fatigue and rebalancing the system even during periods of physical and mental exhaustion. It is one of the most powerful antioxidants present in nature and is also, thanks to the presence of cordicepine, a natural antimicrobial and antiviral. It also helps against impotence and male and female sterility. For this reason it is also called Himalayan Viagra.

Also called Monkey Head and Lion Mane because of its physical characteristics, it has anti-inflammatory and probiotic properties on the digestive system. It regenerates the intestinal mucosa, protects the stomach and promotes healing. It also promotes the formation and repair of nerve cells, stimulating memory and cognitive functions.

It is one of the oldest and most used mushrooms in the TCM. It is also called Immortality Mushroom. It protects the skin from aging, strengthens the immune system in allergies, strengthens the memory and has a tonic action on the heart system by acting positively in cases of hypertension. It helps in cases of insomnia and anxiety.