Veganism: A History & the Basics of the Lifestyle 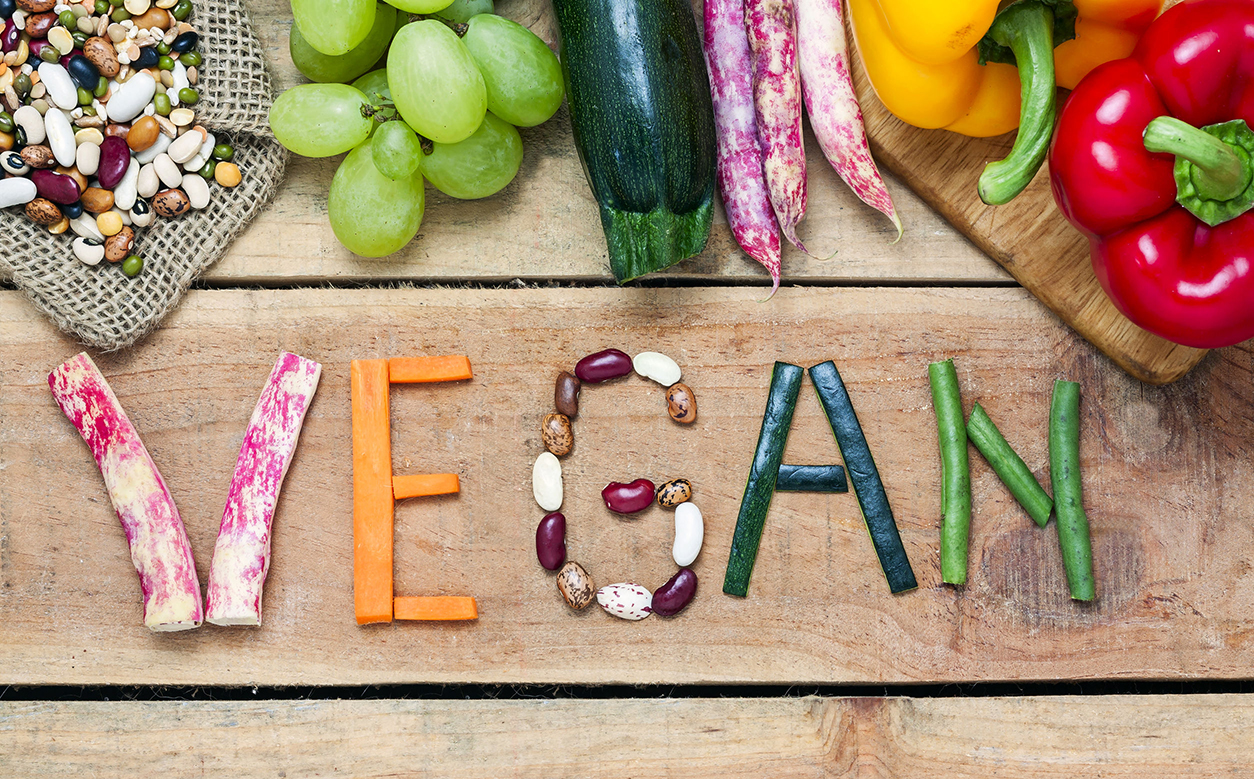 The 1st November marks World Vegan Day, a holiday that celebrates a lifestyle without consuming any animal products. Veganism or vegetarianism, contrary to many opinions, is not a fashionable term or a movement that came out of nowhere in the 21st century. Writers, scientists and philosophers from the past have already lived and preached this way of life. In fact, some of the brightest minds in history have been vegetarians all their lives.

The Origins of Veganism

Before the term "vegan" even came about, the concept of avoiding animal abuse arose, especially within religions in different parts of the world. This consideration was first mentioned around 5OO BC by Pythagoras; yep, the one who brought us the famous mathematical theorem under his name. He was committed to the friendly treatment of all species because he believed that animals were reincarnated after their death. Many religions that originated in Asia, such as Buddhism, Hinduism and Jainism, have also shown ideas of not harming any species; even when it comes to food.

The Western world took a little longer to discuss similar ethical issues. The first vegetarian society was organised in England in 1847. The founder of Graham Crackers was the American equivalent in 1850.

All these historical facts certainly show progress; yet it took nearly a century for the term "vegan" to be coined by Donald Watson, a British man who did not identify with being vegetarian because he ate neither eggs nor dairy products.

When Watson formulated veganism, he also created a newsletter that was initially distributed to only 25 people. When he died at the age of 95, there were 250,000 people in the UK and 2 million in the USA who identified as vegans.

What exactly is veganism and what are the benefits of lifestyle?

Simply put, a vegan lifestyle does without any animal products. These include the obvious such as meat, dairy products, fish, eggs, fur and leather, but also gelatine, feathers (often used as filling material for pillows and jackets) or animal dyes (sometimes extracted from cochineal scale insects for cosmetics), just to name a few.

Time and time again, were told that if we follow a plant-based diet, well have many nutritional deficiencies. But in actual fact, a balanced vegan diet is richer in certain essential nutrients such as fibre, antioxidants, potassium, magnesium, folic acid and vitamins A, C and E than a "conventional" diet, due to a greater amount of fruit, vegetables, nuts, seeds, beans and whole grains.

The health benefits of a plant-based diet have been studied in various scientific studies and praised by well-known experts and doctors such as Dr Greger and Dr McDougall in documentaries such as "Fork Instead of Scalpel" and scientific books such as "The China Study". Thus giving up animal products to focus on a complete, vegetable diet has a positive influence on the composition of intestinal bacteria [1] and digestion in general, and is proved to reduce the risk of obesity, diabetes and cardiovascular diseases [2, 3, 4, 5]. Anti-inflammatory effects in arthritis patients have also been demonstrated by a vegan diet [6]. And who would have thought that a plant-based diet has a positive influence on our body odour [7]?

Vegan for the environment

A vegan lifestyle protects the environment - more effectively than any other form of nutrition. People who eat vegan food have a lower ecological footprint, since plant cultivation requires far fewer resources than livestock farming.

Animal production is also high on the list with regards to the production of greenhouse gases. The climate-damaging methane is produced during the natural digestion process (fermentation) of ruminants and during the storage of liquid manure. Around 60 % of the total methane (CH4) emissions in Germany originate from agriculture. In 2017, German agriculture was responsible for a total of over 66 million tonnes of carbon dioxide (CO2) equivalents, or 7.3% of total greenhouse gas emissions [8]. 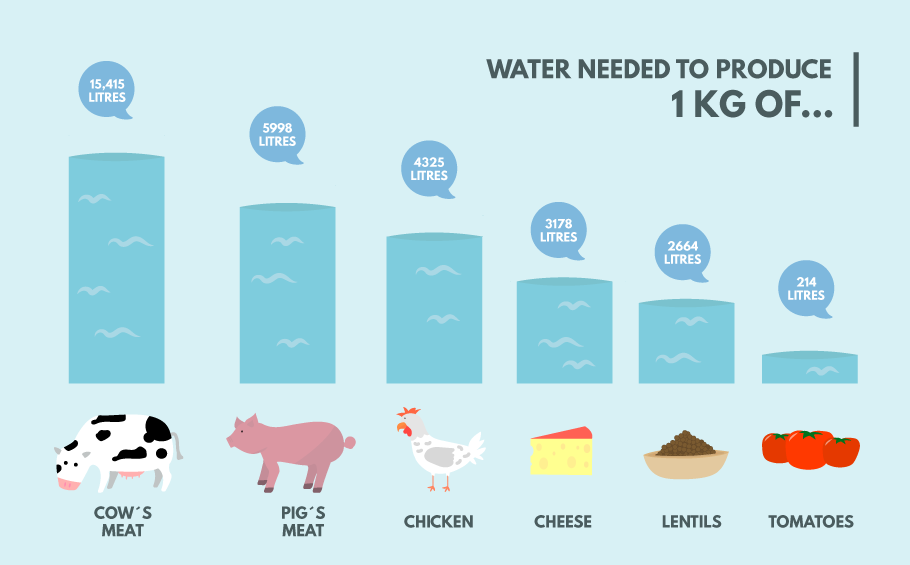 Vegan for the animals

"Animals, like man, feel pleasure and pain, happiness and misery; they are affected by the same emotions as we are." - Charles Darwin

According to the Federal Ministry of Food and Agriculture, the average German consumes more than 60 kilograms of meat per year. This means that general meat consumption in Germany has quadrupled compared to 1850 [9].

People who have opted for veganism for ethical reasons believe that animals have the same right to life as humans. Every year in Germany alone, almost 800 million land creatures are killed. The conditions in animal breeding are cruel and incompatible with one's own conscience - which is why many people turn a blind eye to the thought and are unable to look at pictures shown: Male chicks that are shredded alive directly after hatching as well as cattle and pigs that are castrated without painkillers just to name a few examples. In addition, the living conditions in animal stables are brutal. 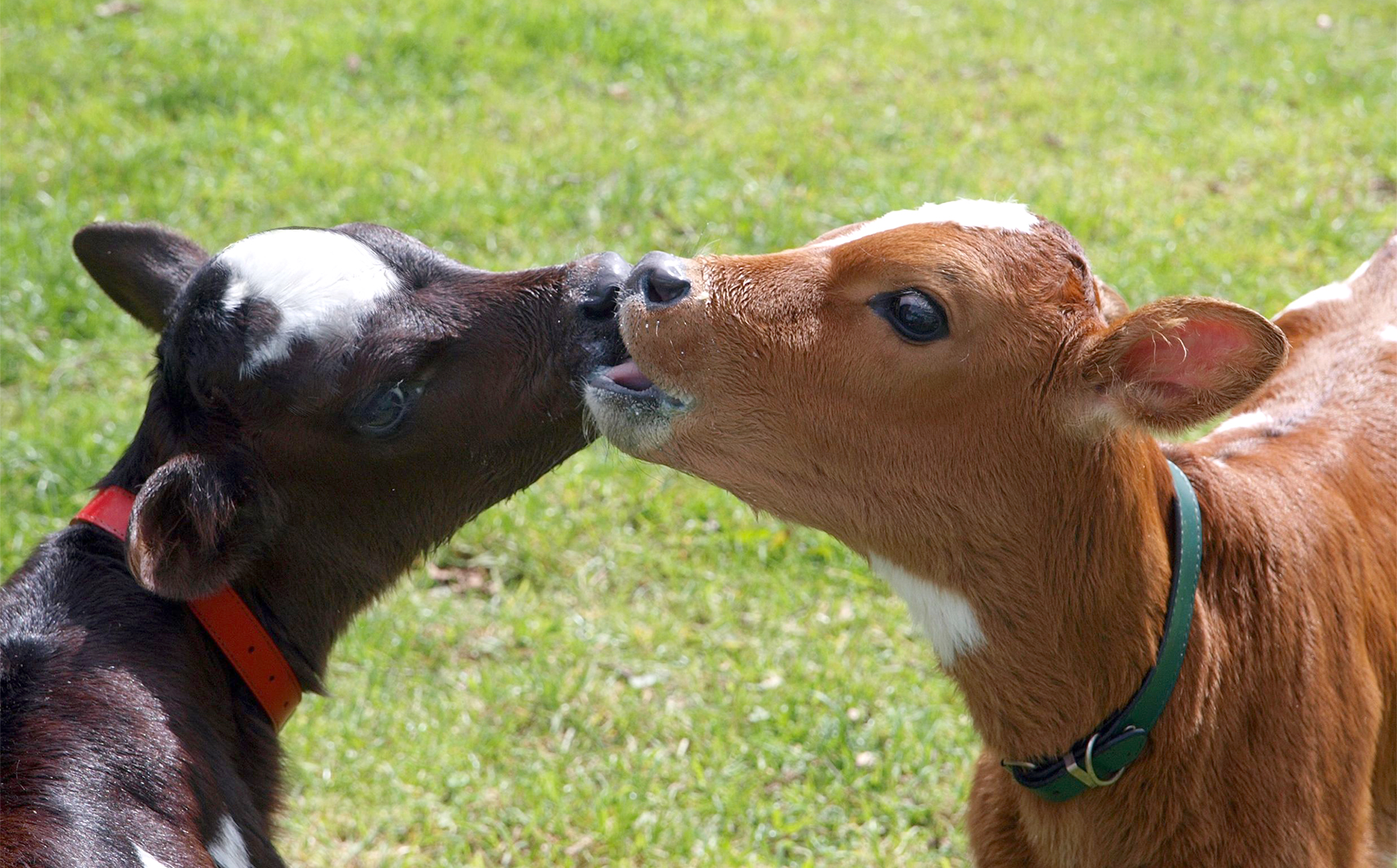 The world's largest organization of nutritionists agrees: A vegan diet is suitable for all age groups. However, a certain amount of knowledge and planning is necessary to prevent a lack of nutrients.

There are certain critical nutrients that one should pay attention to. Vitamin B12 is the most important nutrient. Since its only in animal food, Vegans should supplement B12 with food supplements. More information about vitamin B12 can be found in our blog post.

Additionally, the supply of essential Omega-3 fatty acids can be critical with a Vegan diet. However, you don't have to eat fish to get enough. Flax, hemp and chia seeds as well as walnuts also provide adequate amounts of omega-3 if they are integrated daily into the diet.

Calcium and iron are also discussed as critical nutrients in the vegan diet. But even these are easy to get from plant-based nutrients e.g. with sesame or tahini, green leafy vegetables, tofu, broccoli and paprika.

Overall, to begin with, a plant-based diet requires some planning. That way you can make sure that youre getting all the basic nutrients that are necessary. Even if theyre not recommended in the long run, substitute products such as veggie sausages and vegan cheese can make the introduction a little easier. However, the main focus should be on vegetables, fruit, whole grain products, legumes, as well as seeds and nuts. A regular, good mix of all these food groups provides the body with exactly what it needs.

With the amount of vegan blogs, YouTube channels and websites these days, vegan cooking is certainly not boring - on the contrary, you will always discover something new (even as an experienced vegan)!

[4] Najjar and Montgomery, A defined, plant-based diet as a potential therapeutic approach in the treatment of heart failure: A clinical case series. Complement Ther Med. (2019)

[7] Havlicek and Lenochova, The effect of meat consumption on body or attractiveness. Chemical Senses (2006)

Quercetin - A Versatile Plant Pigment
Quercetin belongs to the group of polyphenol flavonoids - these are secondary plant substances that are responsible for different color formations in plants. People who are active in sports and those who are plagued by allergies can especially benefit from quercetin.
8 tips for healthy sleep
We spend around a third of our lives asleep. However, many people find it difficult to get to sleep, or to sleep through the night. Those who sleep less, or sleep badly, are often struggle with concentration throughout the day, have lower energy levels, and are more prone to health problems, such as hormonal imbalances, and becoming overweight. The following tips reveal how we can make sure we are as rested as possible during sleep, and which practices and nutritional supplements can help with this.
Veins  the pipelines of life
Veins run through our entire body, and work in conjunction with our heart. They are the blood vessels that carry blood to the heart. But although they are so important for our body, it is thought that between 20-60% of the UK population suffer from some form of vein weakness. So, what is the cause, and what can be done to combat it?
Cystitis: how to get rid of it in a few simple steps
A burning sensation while urinating, the frequent urge to go to the bathroom and even blood in urine can be signs of a urinary tract infection, also called cystitis. In our blog article we discuss the causes of cystitis and point out ways to prevent and treat this frustrating condition.
News overview
Nutrition & Health Sustainability
Please login to comment.